Today was the day three little curly girls were scheduled to arrive all the way from Gympie. The adoption was arranged a week ago, but as an extra bonus, two more of litter suddenly became available this morning, so I was able to offer them a home here too. 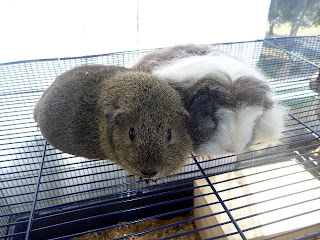 The photo above shows the mums of the 5 new girls. Olive is the cream agouti rex (a clone of Bonnie if ever I saw one), and Willow is the silver agouti and white Merino. The dad was a black and gold texel x. 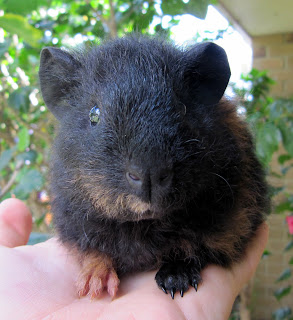 This little lady is 'Zinnia'. She's jett black with a big band of gold around her middle. Very similar colouring to her daddy. As both mumma piggies gave birth at the same time, in the same box - it's tricky to tell which baby belongs to who. But my guess would be that Zinnia is Olive's daughter, as she has a much more rex-like coat. 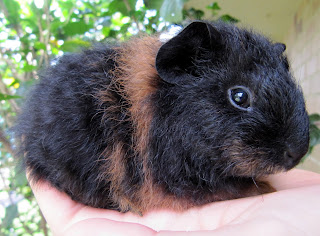 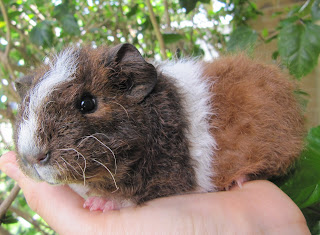 And this is Twizzle. I was considering pretty, girly, floral names for her as well.. but in the end 'twizzle' just popped into my head, and it just seemed right!

She's a bit of a spunk this little girl. Most probably Olive's daughter again, due to the shorter, more rex-like curls. She's a tri-colour mix of golden agouti, white and tan. 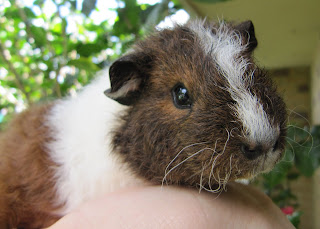 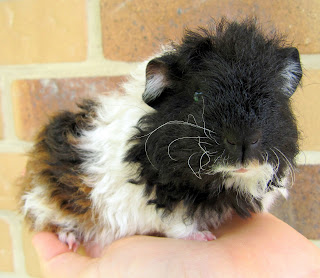 This little lady is the star of the group! She is almost certainly Willow's daughter, as she has the long, soft curls of the texel/merino. She doesn't have the crest like her mum, but isn't completely flat on her forehead either... kind of a hint of a crest. I would say that she'll probably end up looking more texel-like as she grows up though. 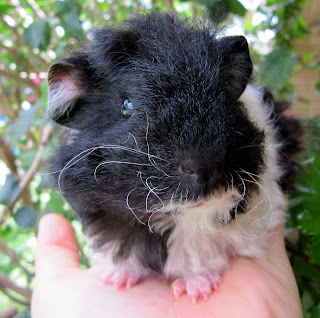 I've called her Tigerlily, and she has the classic tri-colour markings in black, tan and white. She's a cheeky little monkey too, pulling the best poses for me while I took her photos. 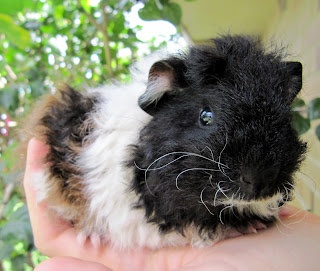 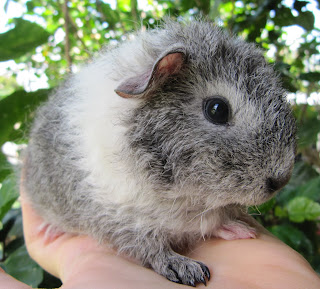 This little lady is Ivy. Her mum is probably the trickiest to work out because she has Willow's colouring, but the rex-like coat of Olive. She's a gorgeous silver agouti and white. 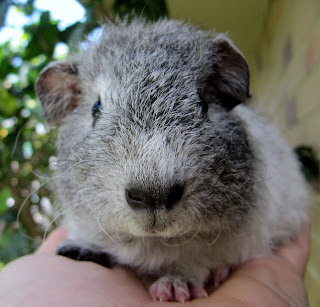 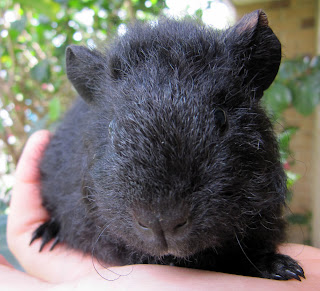 And lastly we have Demi. She's also most probably Olive's daughter, with a jett black rex coat, with just a tiny hint of tan by her ear. 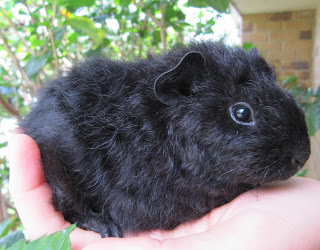 Posted by EmmasBears at 2:45 AM