Yet another weigh in! 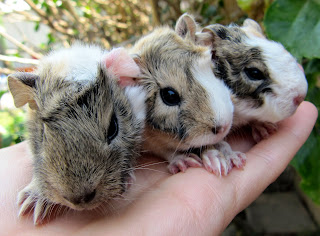 
In review - nearly everyone had a good week this week. In particular the new additons from last week and the younger pigs. Special mention needs to go to Milli, who somehow gained 90g!!!? That's more than my pregnant girls gained! 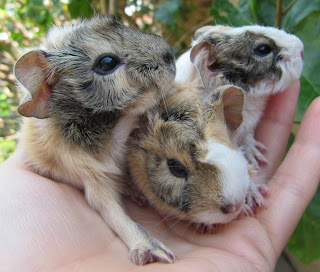 I thought I'd include these 'out-takes' from my attempt at getting photos of all the new babies together earlier this morning. In this photo Alice was calling for the bubs and they were responding back with little chirps. Very cute. And the last photo I got with them - they went straight back in the box and snuggled up underneath her. I think she's getting the hang of motherhood. Just took her a little longer than my other mums. 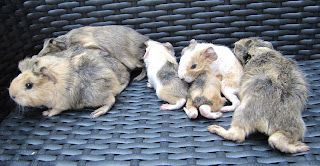 I also thought it might be nice to get a photo of all the new bubs lined up together... yeah. No. Maybe if they were all only a day old, but 1 week old babies are notoriously wriggly, and no one was having a bar of being lined up! These shots are literally as good as it got! 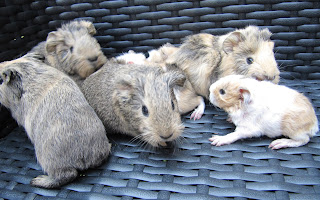 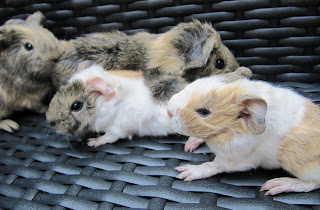 Posted by EmmasBears at 2:46 AM