I've been feeling the 'itch' to increase my piggy family again lately. I don't know what it is about this addictive little critters, but since closing our stud last year I became very aware of just how hard it is to find guinea pigs of particular breeds/colourings/coat types. I think it's easy to take it for granted when you have huge bank/tower cages full of pedigree long-coated cavies. But take all that away, and the regular person just can't find a critter like that.

So I have been patiently keeping my eyes open, and just so happened to stumble across a little ad for some pet pigs this morning. I packed up the kids and we went for a drive and had a look - and I was blown away by the quality of these little pets. It was 6 acres of animal heaven. I think the owner was in the same head-space that I was in when I had the stud set up in that he just accepted that these were the kind of bubs he had available for adoption. His comment was 'this one has a cute face'. Meanwhile I'm thinking 'OH MY GOD THAT IS ADORABLE!'

So... what I'd planned might be one more new addition to our family became THREE! He offered to show me some more bubbas that would be able to leave their mum's in a week or so... but I had to stay strong and decline. I could seriously have taken them all home with me if we had the space. (mind you, now I'm wanting to head right back there again next week and take home some more! He did make the comment that guinea pigs are rather addictive, and I have to agree). 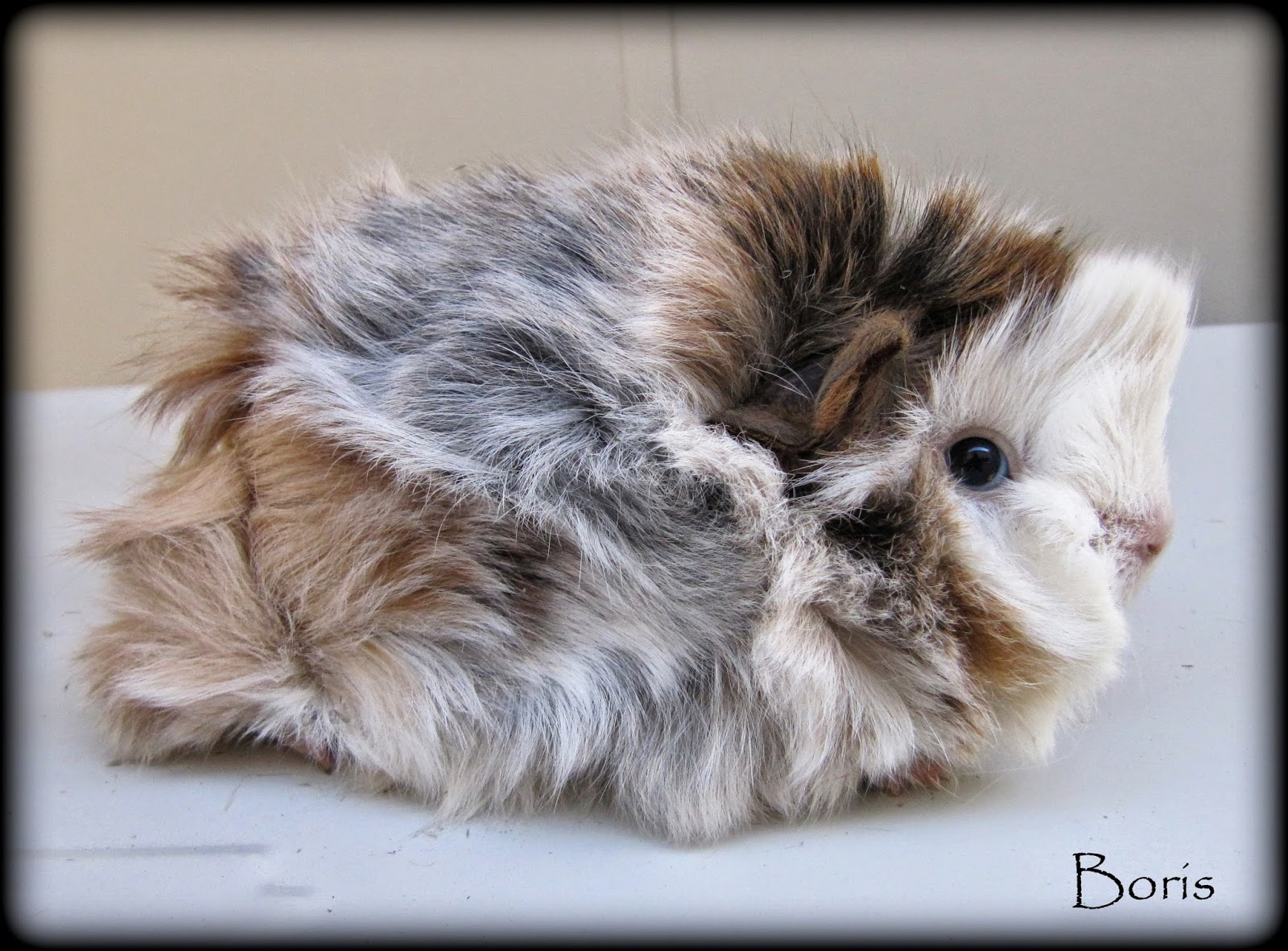 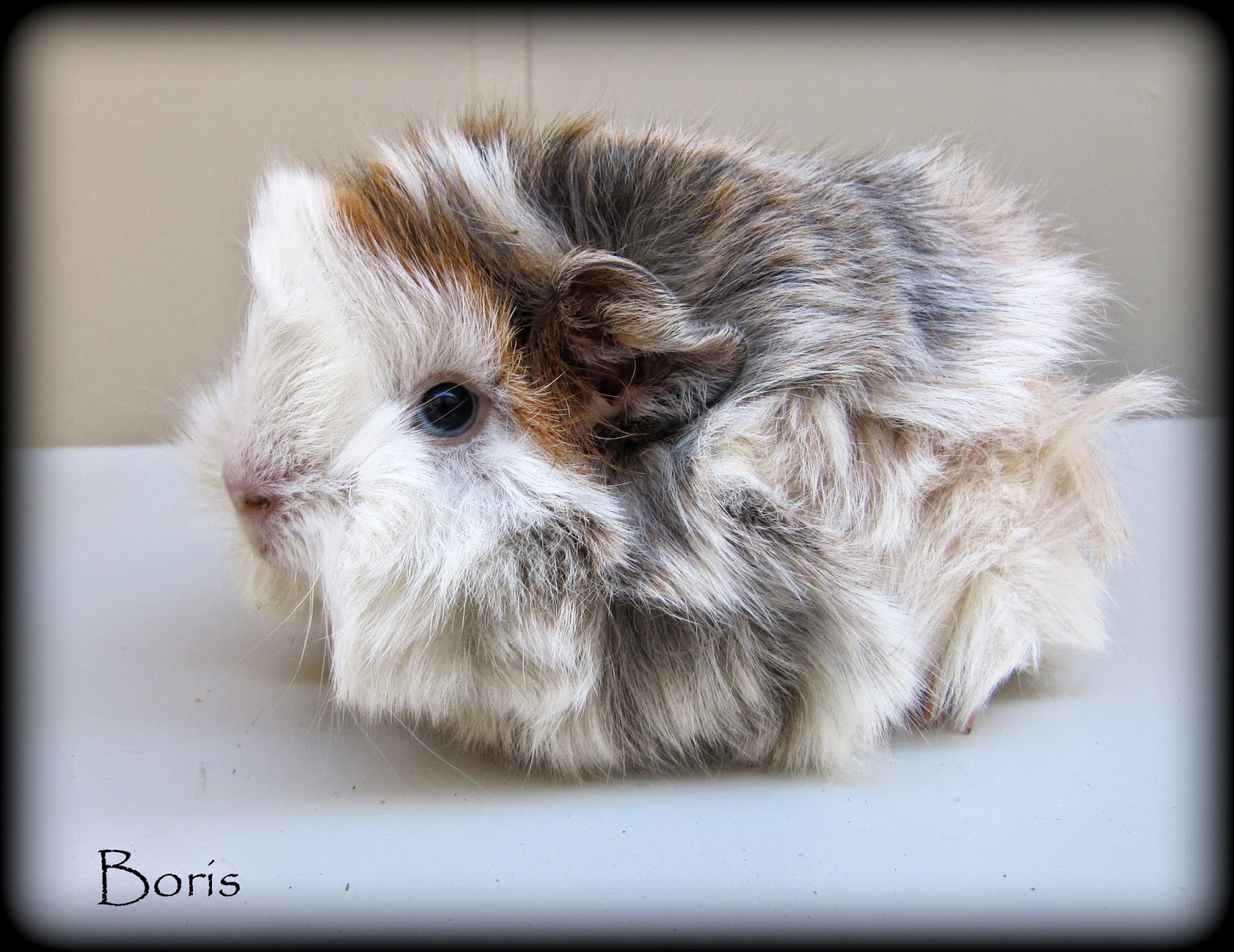 All bubs are around about 4-5wks old. I'm SO excited to watch their coats grow out. I suddenly remembered about the horror of coats getting chewed by other pigs earlier today though - so I have all my fingers crossed that we can at least make it to 4months old without too much coat damage! 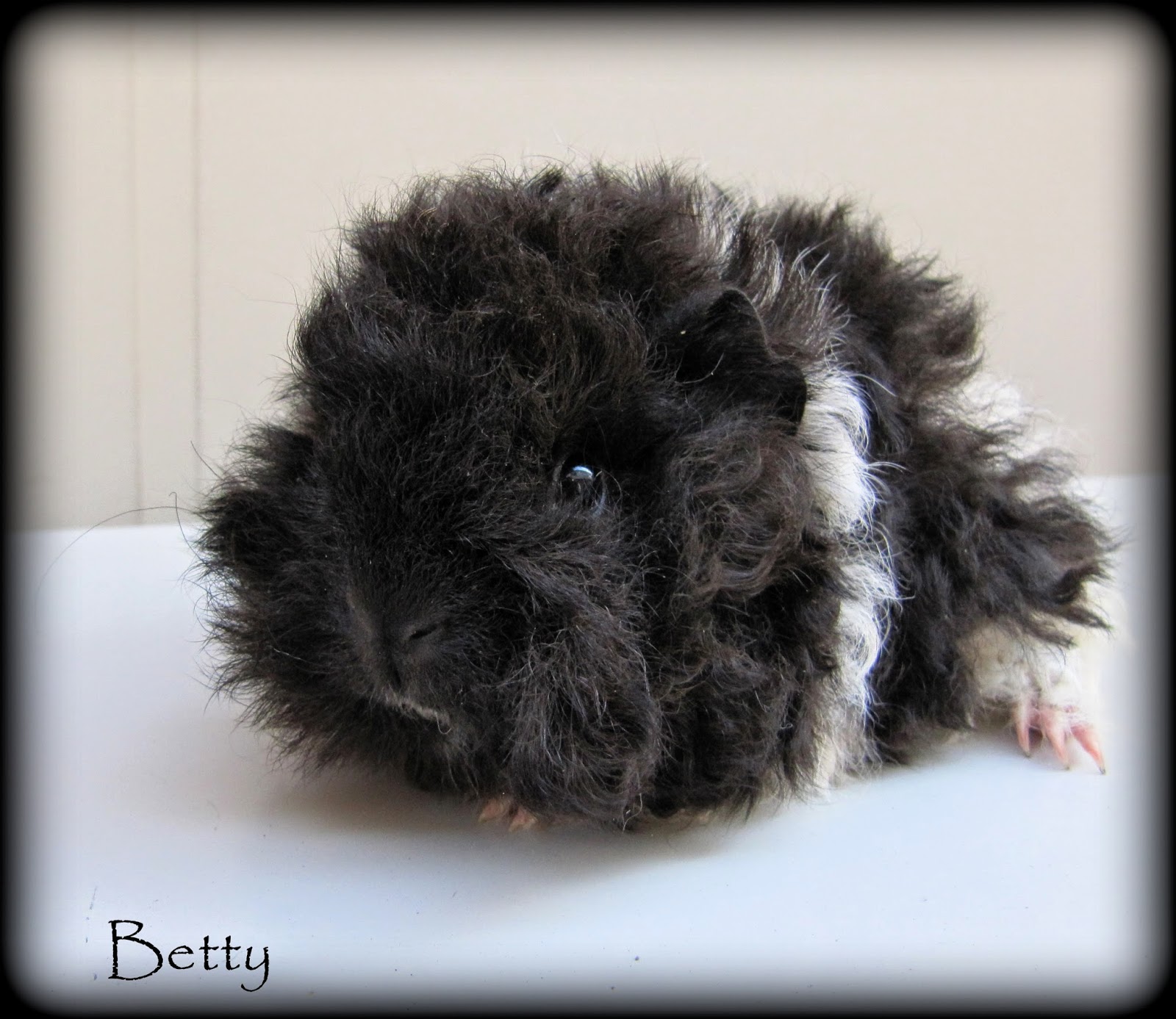 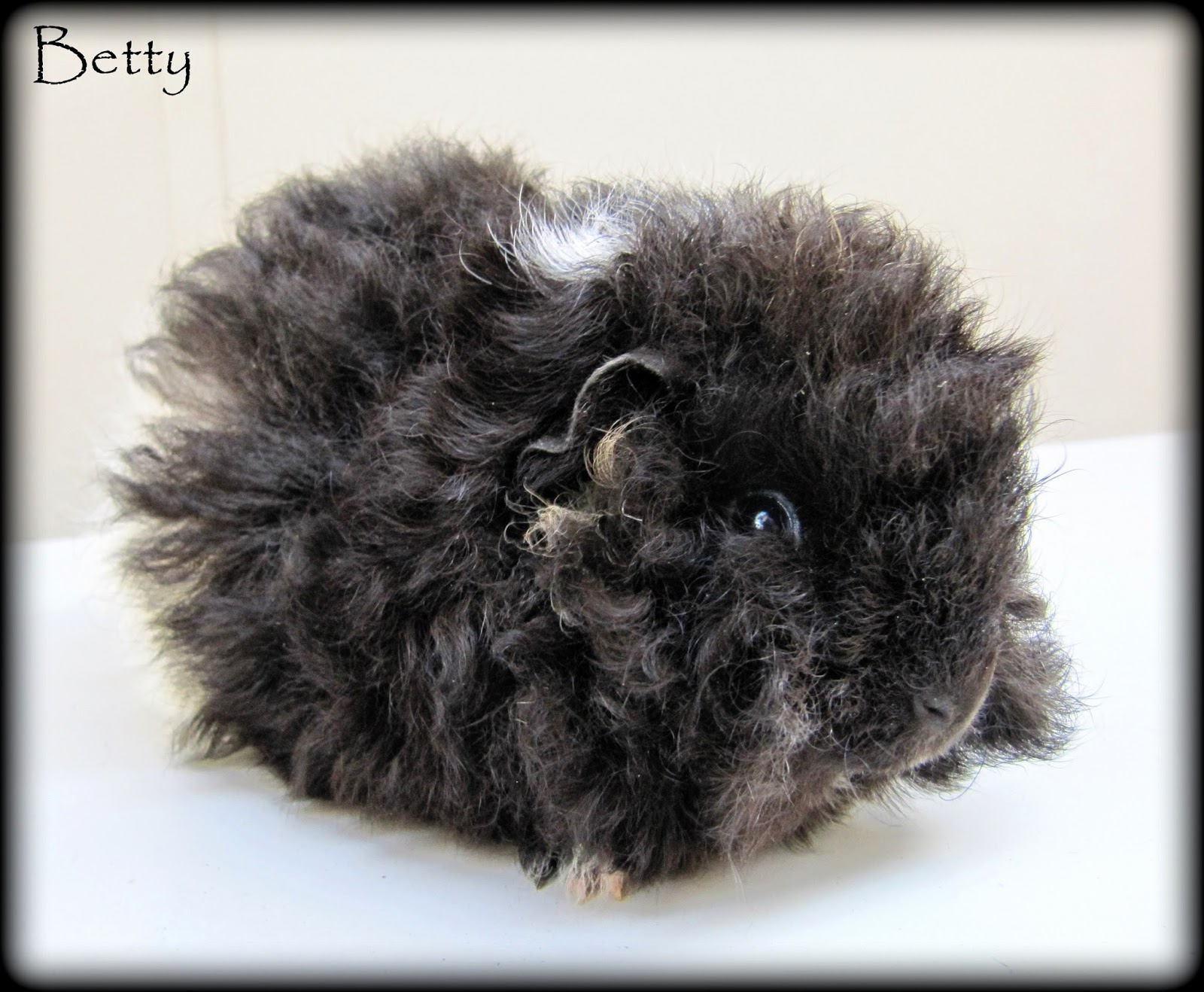 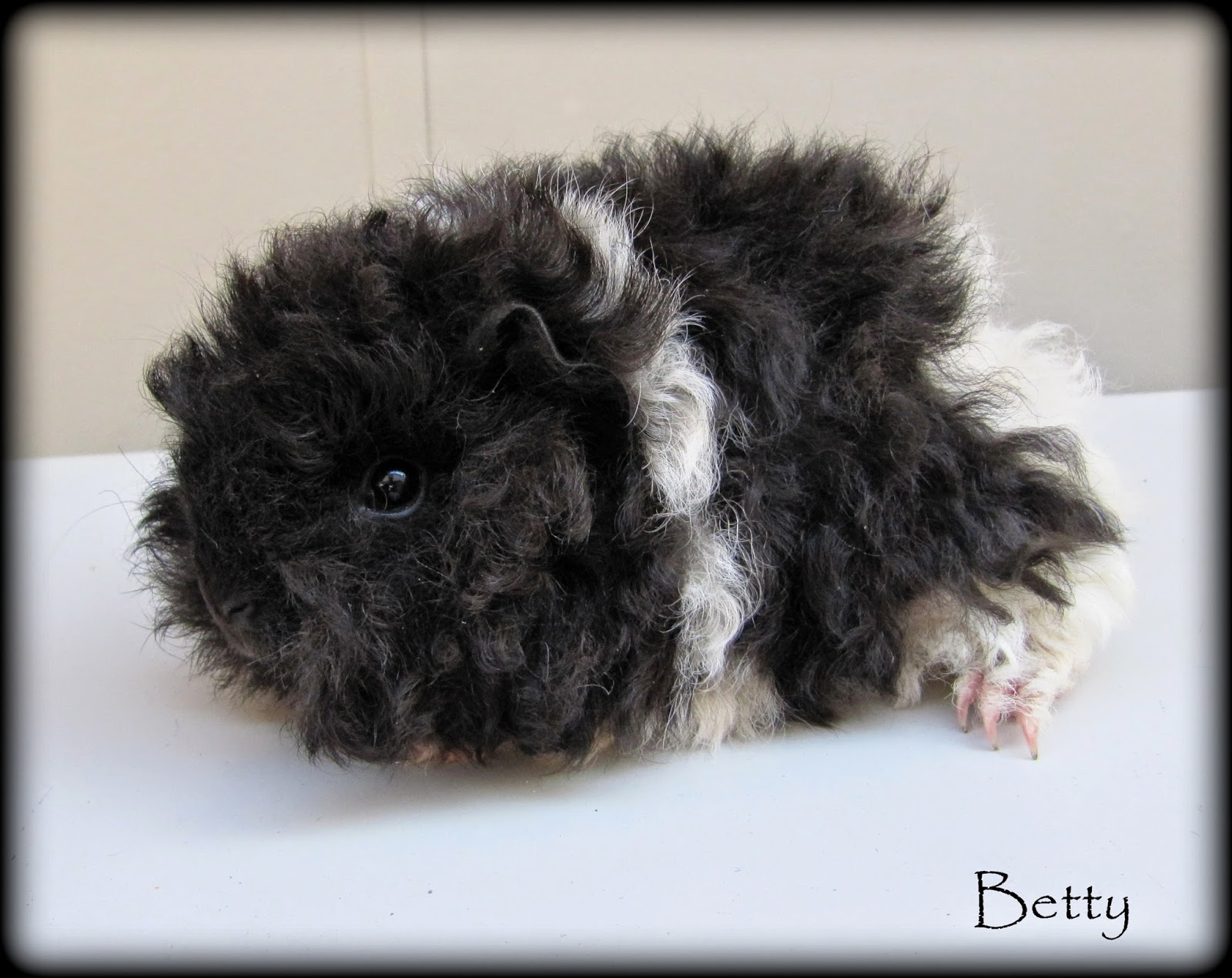 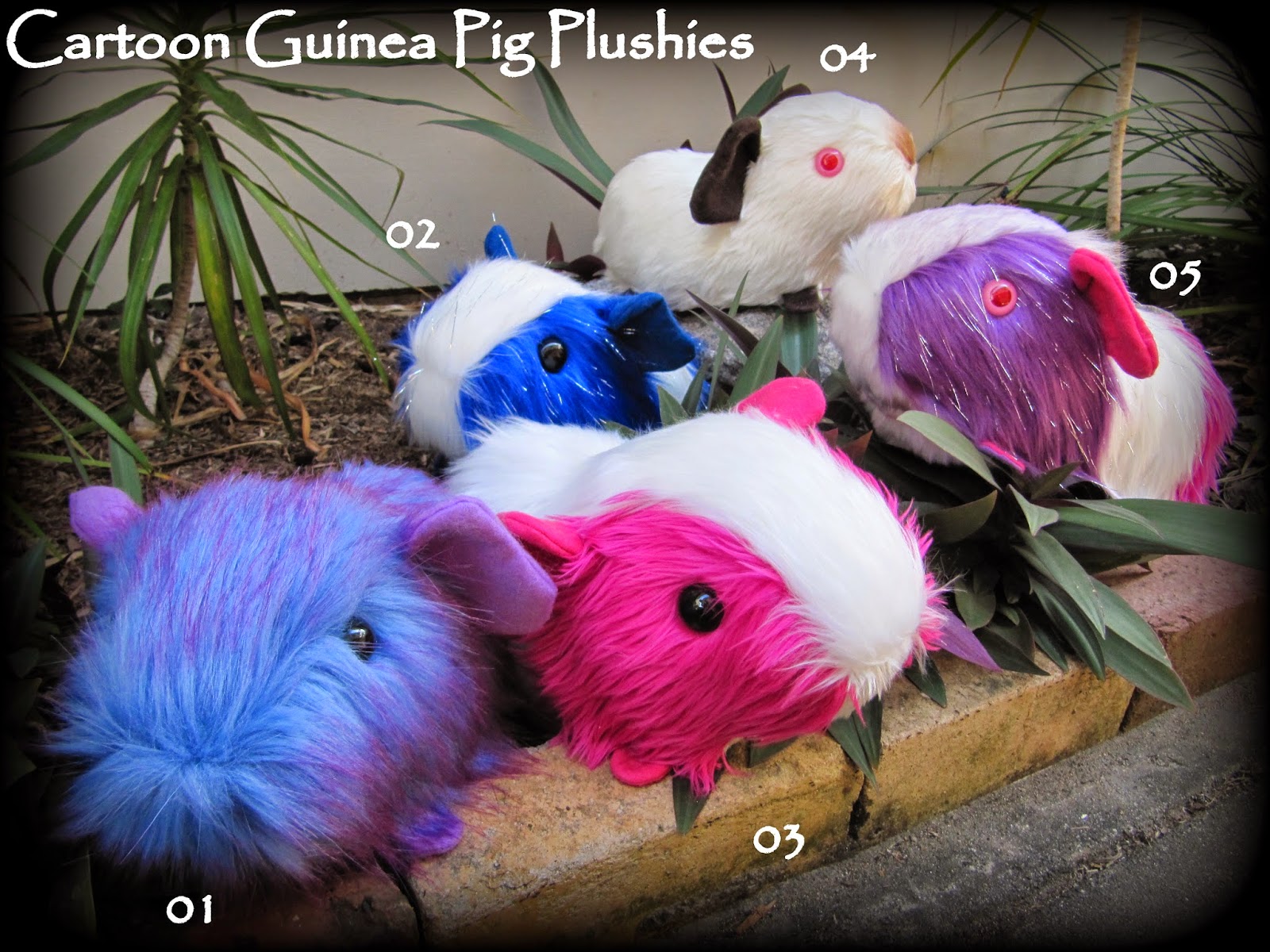 We had a custom order for some guinea pig plushies through our 'Emma's Bears' business this week, so I thought I'd make a couple of extra ones and trial some ideas I had in mind for a 'Himalayan' style plushie and a 'Dutch' style plushie.

These were the results. Pretty quirky with their pink-eyes, but they're growing on me. At first I was like 'hmmm.... maybe a little creepy...', but the choc-himi is kind of cute. ;)


(The available plushies can be found in our store if you'd like to take one home). 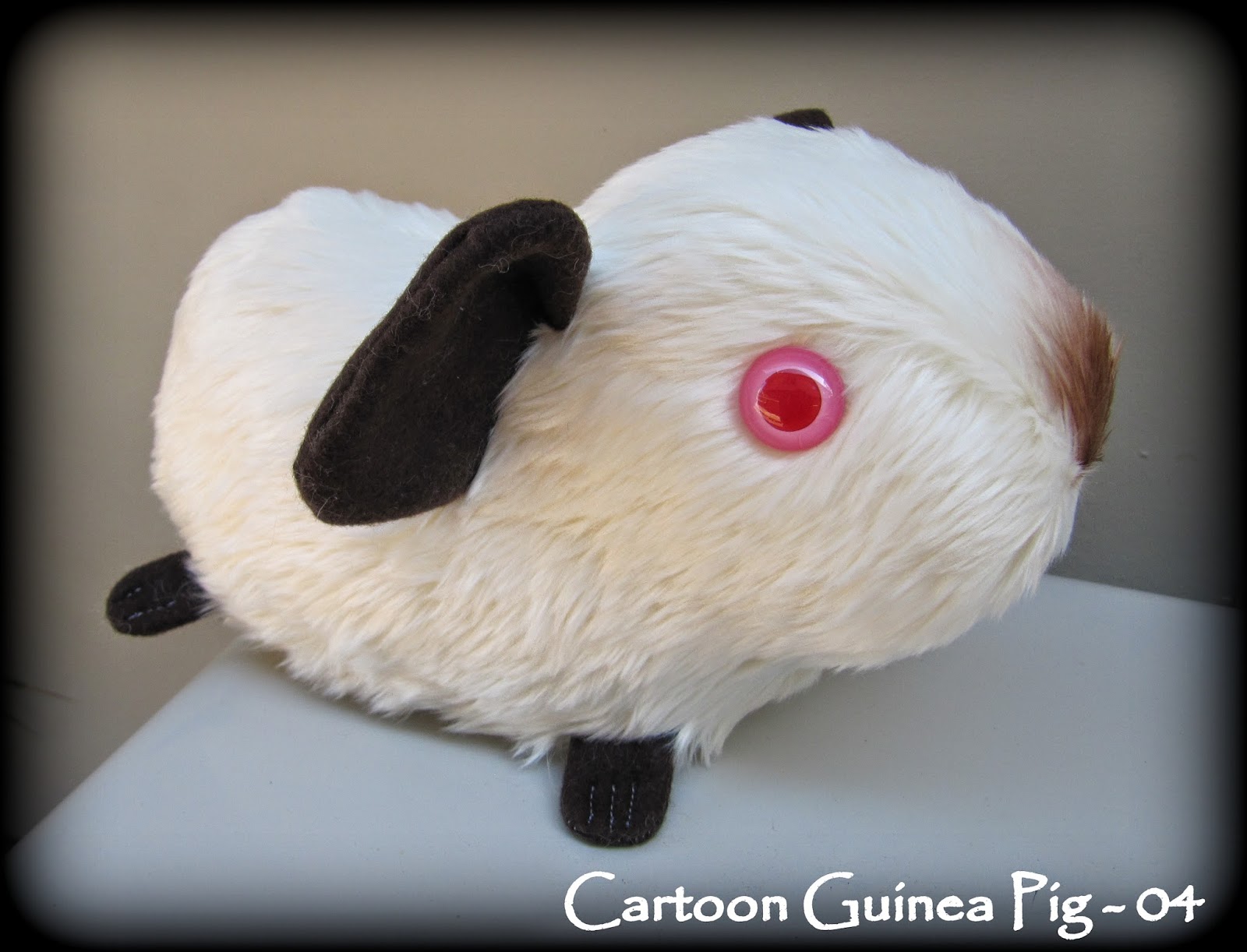 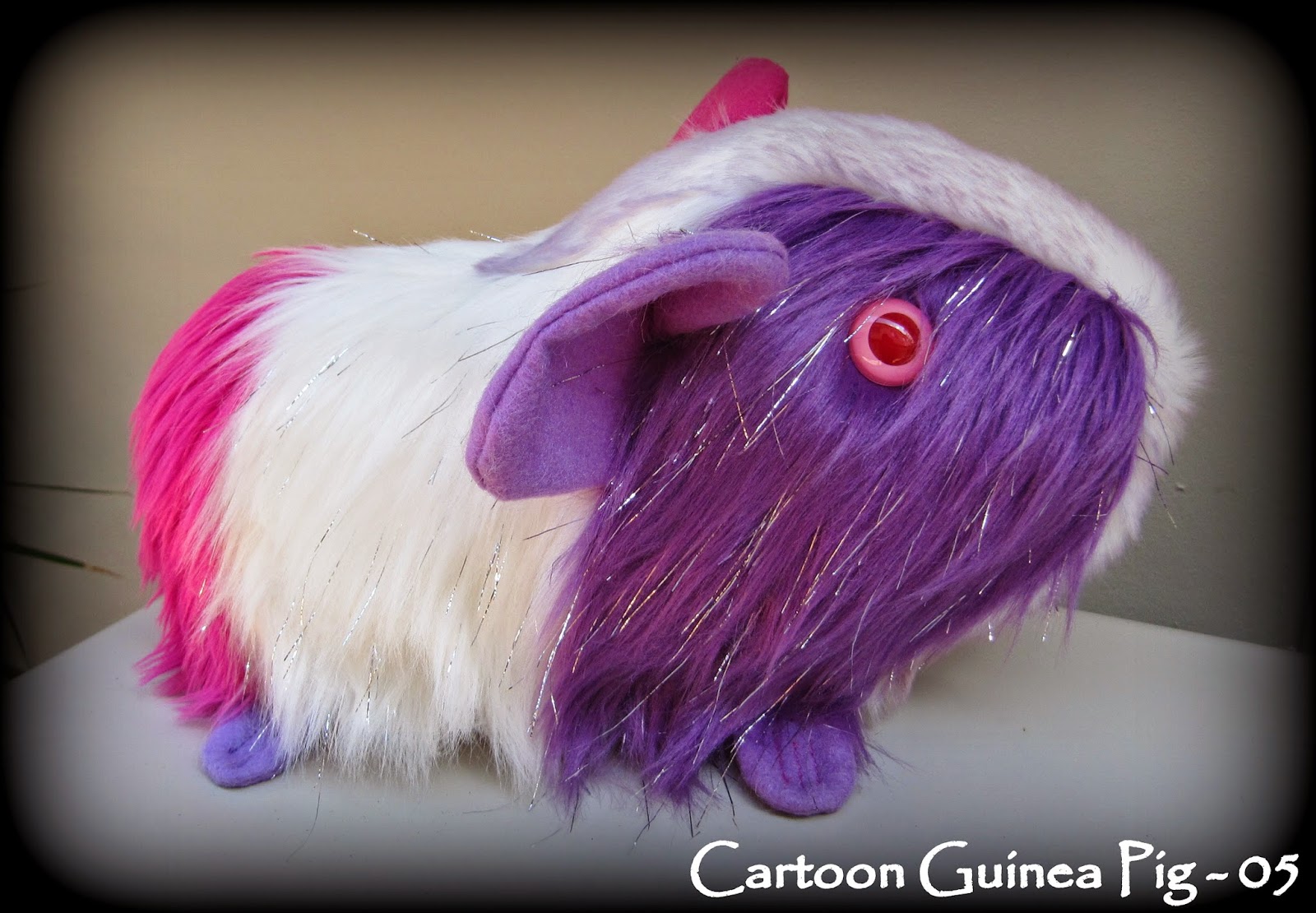 And a quick update on little Abby - she's doing really well. She is still rediculously tiny, but her belly and nipples have grown quite a bit more then I would have expected... so I currently have her on pregnancy-watch. She did seem way too little to possibly have been pregnant when I got her, and she was housed with another girl at the time... but that doesn't mean that she didn't come into contact with a boar at some stage though.

So we just watch, and wait. And feed her lots of yummy foods! 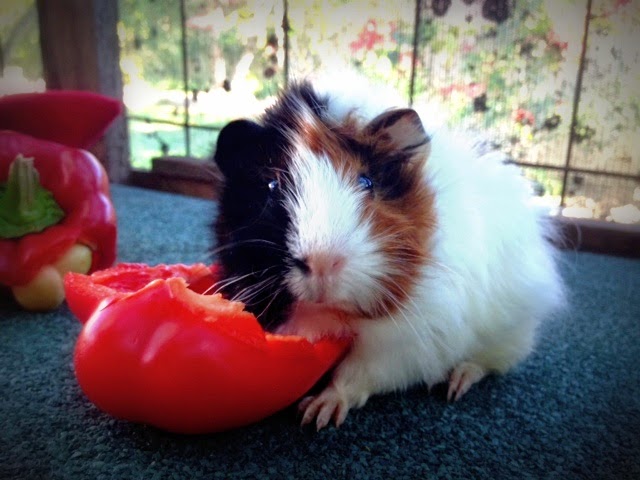 Posted by EmmasBears at 3:41 AM No comments: