Weigh in with 43 piggies! 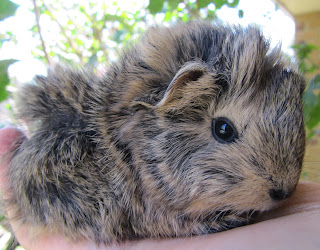 [Jethro at 2 weeks - look at that fluff already!]


Another good week - with two new litters born (adding 8 new babies to the family), a new home for Ben and Mika, and a new home for Pixie. Which brings us to this Sunday's total of 43 guinea pigs. Wow. No wonder food is costing us SO much at the moment! :P

The weigh-in highlight for me this week was Sheba's gain of 70g. She struggled so much with pregnancy and nursing, and has taken a while to start gaining weight/condition again. So it is a weight off my heart to see such a good gain. She's still not back to 100% though, but we're getting there. As I've mentioned before, she will not be bred with again - she produced some AMAZING little boys (see post below for an update photo of two of them), but her little body just isn't up to it I don't think. 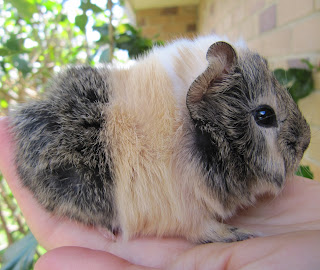 I also got some progress photos of the babies. Alice's three have gained especially well - considering Alice's temperamental start to motherhood! :P (I'm actually wondering if they've been sampling the milk from a few mummas?!). Tiny Chloe is doing especially well, and her curls are coming along nicely. 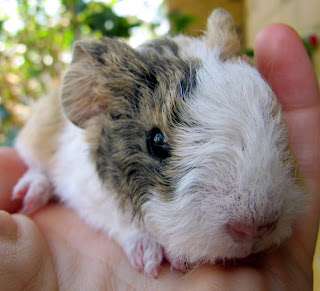 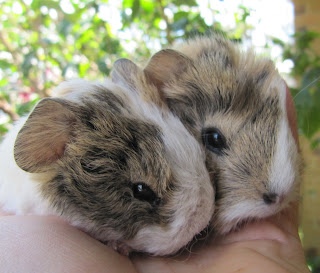 
Romeo is the only one of Ruby's boys to still have a bit of entropion in one eye. Despite this though, he was the biggest gainer in her litter! As you can see here too, his curls are so lush, and so thick - all of the boys are like this. They are going to be stunning adults! 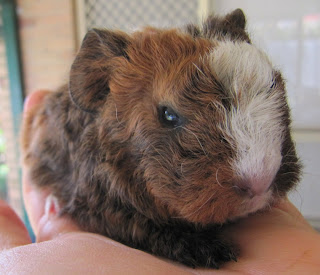 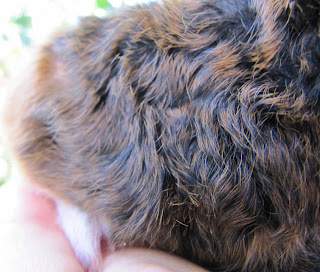