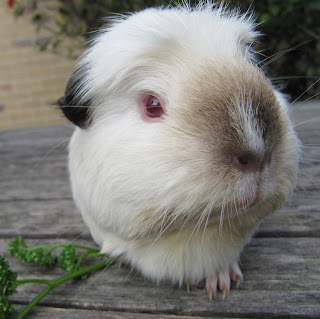 
What a week! That was a lot of weight gain, especially from the newbies, the nursing bubs and the pregnant girls. Which is really good to see. Obviously the newbies (Elodie, Malakai, and Millicent) are settling in pretty well, and the babies are getting some nice rich milk from Sheba. I'm a little concerned that she's lost weight again. But considering the amount the boys have packed on this week, I'm thinking it's probably amazing that her loss was only 25g!

And a special mention needs to go out to Ruby and Galaxy - 145g and 155g gains respectively. That is such a good sign that those little bubbas are growing nice and strong, and that the girls are getting all the nutrients they need. Nothing makes me happier than watching piggies eating! They're such grateful little creatures. 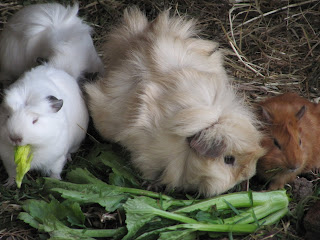 And speaking of eating - we've had so many mouths to feed this month, that I've had to do the hay/grain shop a week early! So off I went to Capalaba Produce again on Saturday morning - only to discover that they didn't have any suitable hay. So, I ended up buying a MASSIVE bag of premium chaff instead. Along with my usual trolley full of grain/food mix. Capalaba really do a good mix - this is an example of a batch I got a few trips ago. I've jazzed up this month's mix with a few special extras - we'll soon see if they pigs like it (or if it was a waste of time!). 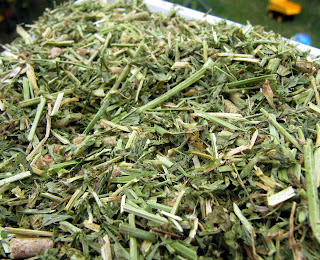 Posted by EmmasBears at 3:26 AM