Subi had her baby!!! 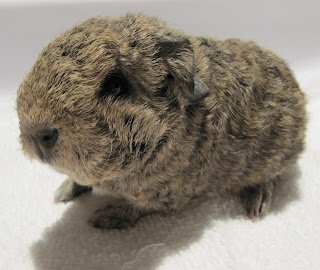 Last night was only the second night I'd brought Subi inside to keep her warmer if she gave birth. And give birth she did!

When I checked on her this morning there was a little bundle of fluff nestled up next to her in a different colour. One massive wiggly haired bundle of baby goodness! The bub has her mum's hair - really thick and course and wavy. (I'm assuming this is what rex babies look like because it was hard to find a picture online for comparison.) She is an agouti as well, but by the looks of things, she's a rare cream/cinnamon agouti. Very very pretty colouring. And, being a girl - she's staying right here with us! No re-homing for this little princess! 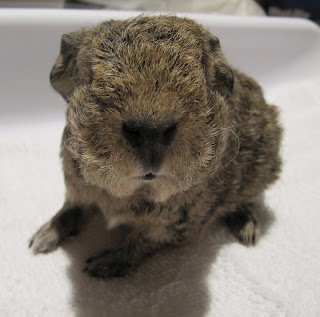 She weighed in at a massive 150g as well! (average weight - according to Google - is 85-95g!). Sprout and Sparrow weighed 105 and 110g respectively when I adopted them at Easter. And they were supposed to be 4 weeks old. (Realisticly, I think they were probably barely a week old, but that just goes to show how huge this little lady is!). Subi weighs in at 1.075g now. She was 1.235kg on monday, so is only 160g lighter now. Which is basically ALL BABY! Mother and Baby seem to be doing really well. I was a bit worried about Subi, having to push a monster bub like that out - but she looks really well. The photos aren't the best, but its way too cold here still to go outside for clearer ones. But I hope to take some more later on in the day. And hopefully have a name for bub sometime today too. Suggestions are more than welcome! 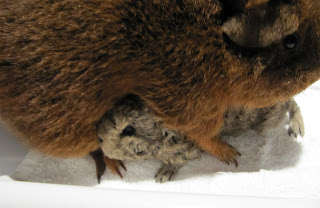 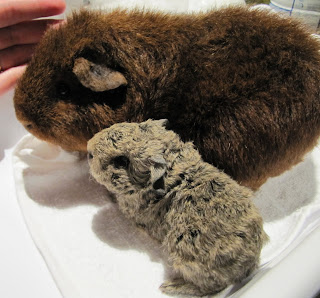 Posted by EmmasBears at 2:01 PM