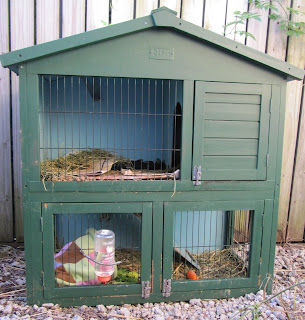 We were lucky enough to be given a new old cage on the weekend by some friends of ours. It is huge compared to the old Love Shack! Liam, Alba and Alice moved in that afternoon and have been getting up and down the ramp with ease (Alba was the only one to have a little fall, but she's figured out where the edge is now!). 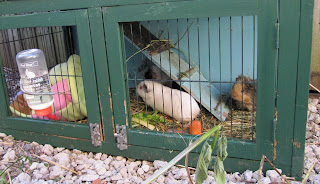 So the old Love Shack has become the Quarantine Quarters until further notice, while Beeno and Sprout get better. I took out a Cuddle Sack for Beeno and Sprout this afternoon so they could have it for the evening. Beeno loved it! Sprout is still deciding I think. I'll know if they've used it in the morning because it will be full of little piggy poos! 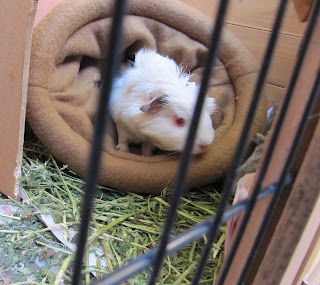 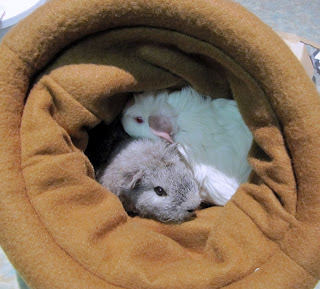 I took another Cuddle sack out to the Love Shack Trio as well. These guys were a little nervous of it, so I let them have some time in the pen with it to get used to it's smell/presence. When I cam back later Alba was nestled up snug inside, so I think it has been accepted! 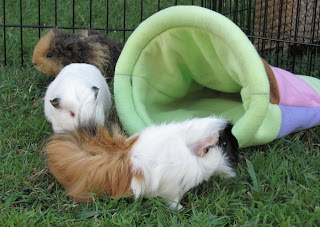 Posted by EmmasBears at 2:41 AM