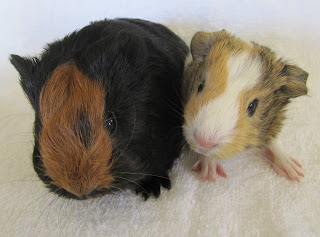 Here's this weeks weigh in, for Sunday the 28th August 2011:
(I've just popped on the age of the pigs in months (in brackets) for my own ease of keeping track of the as yet un-mated females)

A pretty good effort by everyone this week with a total piggy weight of 14.7kg! No wonder we go through SO much food!!!

We also have a confirmed pregnancy for Galaxy, and possible pregnancies for Alice and Ginger, but's its a bit too early to say for sure yet. The girls are big and chunky and healthy anyway, so I won't class it as confirmed until I feel actual movement. 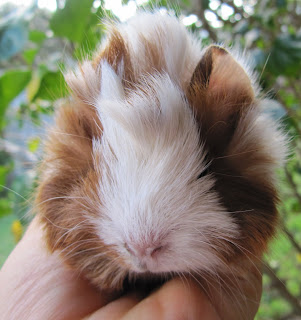 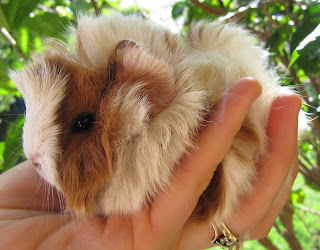 Crumble's babies are doing SO well! I am loving watching them get braver and faster and more cheeky each day. Their hair is really starting the lengthen now too. It's a bit tricky to see on the boys because they have smooth coats, but you can see it on Molly due to the rosettes that make her hair stick up. The boy's have hair this length too. Considering they're only 2 weeks old, this is a pretty good sign of some beautiful coats to come! 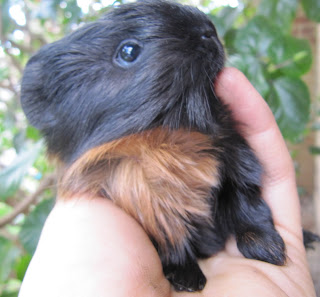 (trying to show the length of Mason's fur... he didn't want to play the taking-photo-game. He wanted to nibble my finger!) 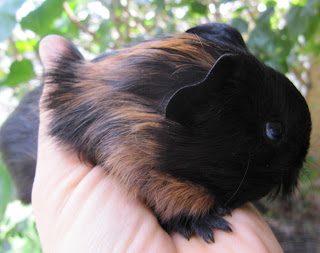 Posted by EmmasBears at 4:10 AM