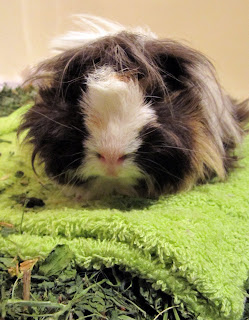 I ended up giving her a towel (actually a coloured cloth nappy!) to sit on, because she's decided it's too much effort to move before urinating, and ended up with a rather soggy belly. We've already soaked through the first towel too! I totally sympathise with her though - the last few days of a pregnancy are the worst! Hopefully those bubs will make an appearance tonight! 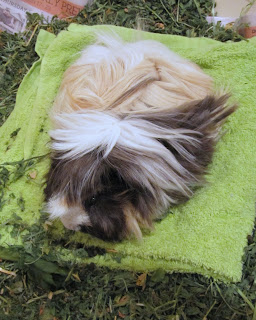 Posted by EmmasBears at 2:19 AM