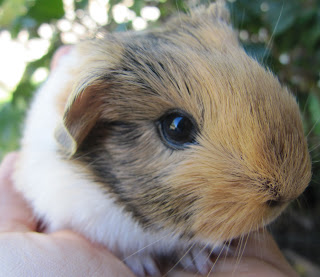 This is Bear, he's the biggest of the three babies weighing in at 125g. He has a big cream face like his daddy, white and cream patches down one side and cream agouti patches down the other side. 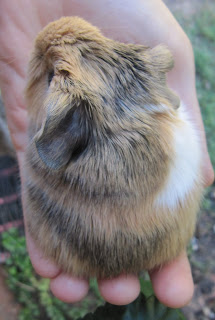 Bear's fur is extra thick. And just that little bit longer than you'd expect on a newborn. I don't know if this is because he's bigger/fatter than his brothers, or if he'll end up with a thicker coat as an adult. 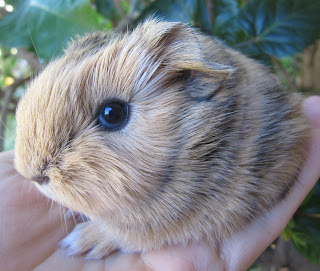 Bear will most likely end up looking a lot like a Sheltie, but is genetically a cross between a Peruvian and a Texel. (genetics are weird!). With his slightly longer/thicker/fluffier fur though, he may end up with a little more unusual coat than a regular Sheltie would have. 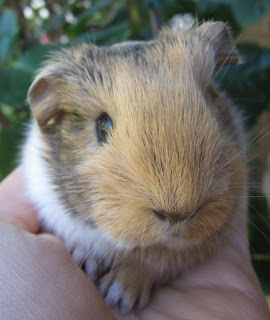 If I'm allowed to choose a favourite baby it would be Bear. He's so quiet, calm and chunky. Just my kind of pig. That could all change in a few weeks though as the babies come out of their shell a bit more! 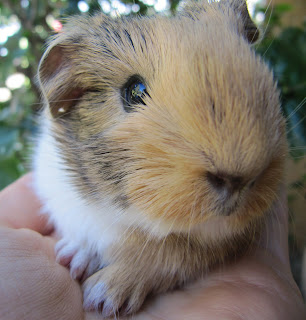 Posted by EmmasBears at 4:44 PM