*** PLEASE NOTE THAT BOTH BABIES HAVE BEEN CLAIMED/ADOPTED *** 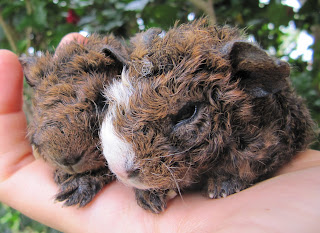 Yeti delivered three beautiful babies this morning at approx 5am. I found them just after 6am and the biggest one (a little 105g girl) was already gone. She was still warm and Yeti was still trying desperately to clean her/dry her, but it was too late. I don't know what happened, if Yeti didn't get the sack off in time, or if she came too fast? It's hard to say, but it is very sad as she was so perfect. The exact replica of her brother 'Dante', shown below. 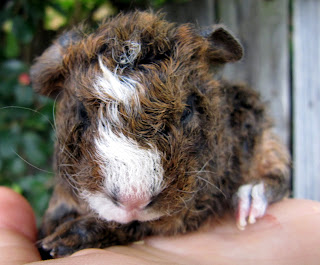 This little man was the only one with a hint of white up his nose, and some cute little white toes. He weighed in at 90g. Both boys have the most incredibly dense, super curly fur. It reminds me of a steel-wool! It's a lot denser and a lot more course than we've had born here before. And I think that is Yeti's genetic contribution. Both boys look to have their mum's rosette placement too, meaning they'll most likely end up with alpaca coats (long, thick curls sweeping over the face). 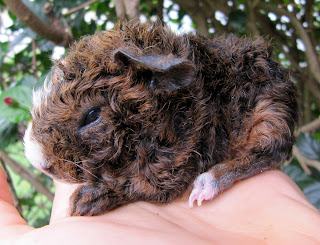 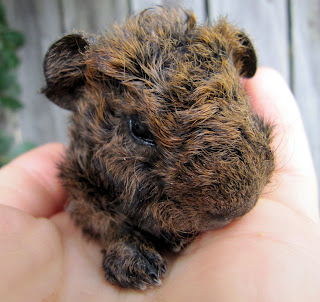 Little Dante was the runt at only 75g. He's very strong and doing fine though. You can see the craziness of the curls better in the pictures of him. These boys will be spectacular adults. 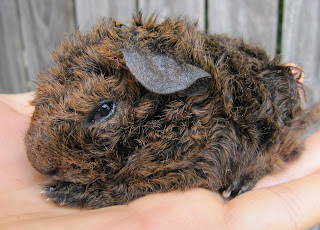