Monday weight in, now with 15 residents! 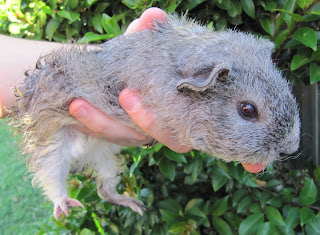 The total gain this week isn't very accurate though, as that includes the addition of three new faces!

Nearly everyone gained really well this week though. The mansion girls are doing a lot better. I am a little concerned about Alice and Alba though. Quite small gains for them, and I had hoped that they might be pregnant - so would assume we'd see a gain if that was the case. Maybe guinea pigs go through a morning sickness stage at the very start as well though! :P Either that or they just had a not-so-hungry week this week.

Ruby and Bonnie are in form again though. Those two are going to be my porkers each week I think (must be something about the Rex gene! :P). And even poor old Sprout did well this week too. His fungal treatment is coming along beautifully - you can see a recent photo of him above. His hair has nearly all grown back. I ended up buying him some betadine spray (which he hates), but it is really helping. (I actually purchased one bottle, used it twice, then stupidly left it on the patio table where our puppy Oliver found it and chewed it up. So I had to purchase another... and they're not cheap! :P The new bottle is kept out of reach this time. I really can't imagine what Oliver would have wanted with a bottle of betadine... and a can't imagine it tasted very nice either! :P). I've also ordered some Malaseb shampoo to combat the fungal issue from another angle as well! I'm determined to get his coat back to it's former glory. Or at least free from bugs! 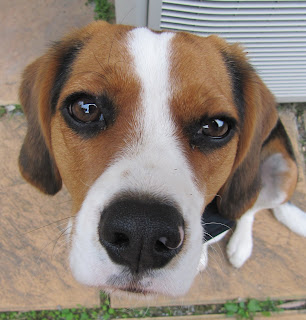 Posted by EmmasBears at 4:47 AM