And some more new additions!

Oh My Goodness - do I have some news to fill you all in on!!! 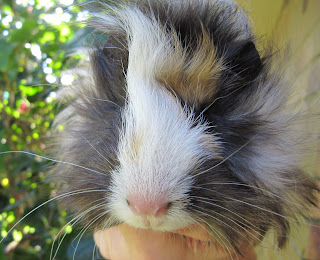 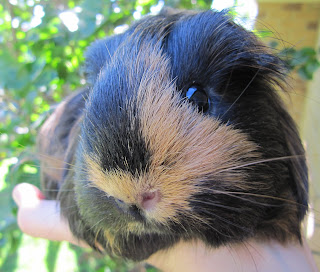 and Crumble (the Sheltie).

Sheba is just gorgeous, with a really spunky personality. 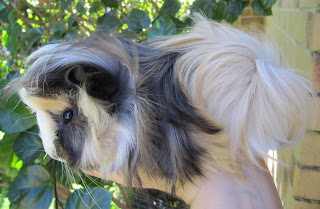 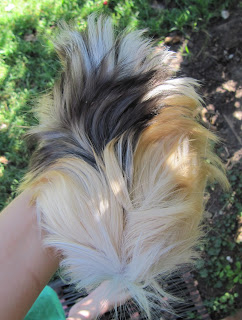 Crumble's personality is just like the Sheltie 'Flower Power Rouge' I had a few years back - gentle and sweet. When I put Crumble in the mansion, and the first thing she did was walk up the ramp and curl herself up in a cuddle sack! 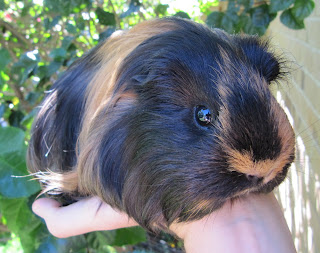 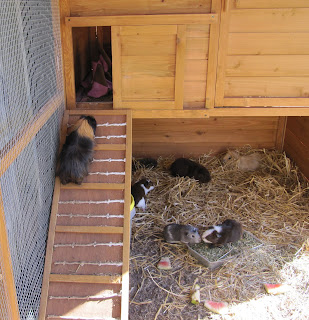 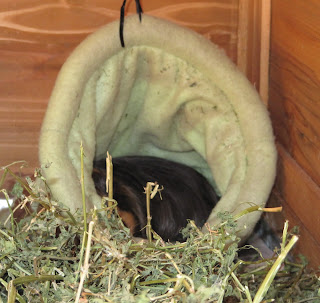 I decided to try hanging the cuddle sacks so that the openings stayed open (idea courtesy of The Cavy Cottage where we adopted the funky black and white pig yesterday). You can see how much better this works for the girls too. Not all of them like the cuddle sacks, so we have 5 in there, so those who do can curl up in one, and those who don't can burrow under the hay or sleep in the igloos. 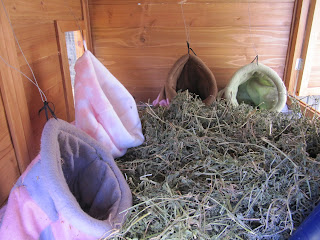 Oh, and after a combined effort by my hubby and my step-mum, the new black and white pig (see the last post) is now known as 'Lamington Galaxy'! A crazy name for a crazy pig! And goodness me does that girl have a fun personality. She is by far the most friendly of all the girls - actually seeking me out while I was sitting in the cage taking photos of them all so she could nibble my toes! The other's much rather keep their distance. 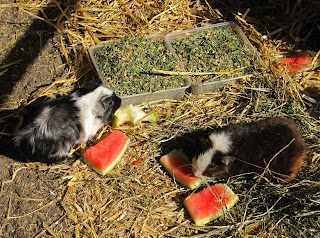 Here you can see Galaxy meeting all the ladies. She caused such a fuss! The noise from all the grunting and squeeking and wining was incredible. But it only lasted a few minutes, then they all lay down for a nap in the straw warmed by the winter sun. It was so nice in there I think I could probably have gone for a nap too! 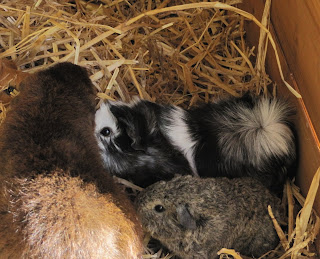 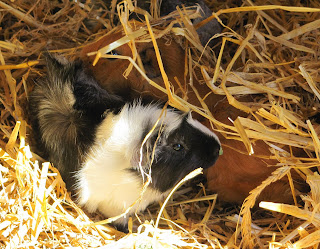 I managed to capture a really sweet moment between Subi and her bub Bonnie as well. After all the excitement of meeting the new-comers, they lay down in the hay and Bonnie had a little feed. Subi is just the best mum. Some guinea pigs seem to get really stressed by pregnancy/birth and nursing (totally understandably!), but Subi has just taken it in her stride. Bonnie has packed on yet more weight too, nearly doubling her birth weight in 12 days!

More on the weight in the next post though :) 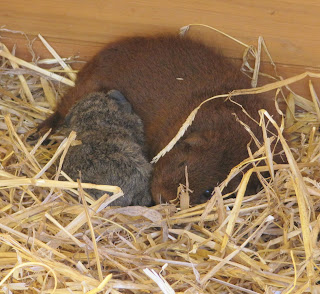 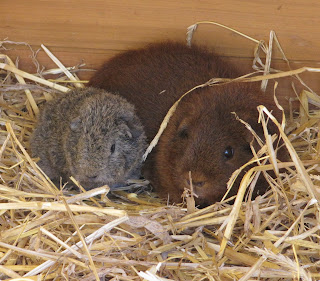 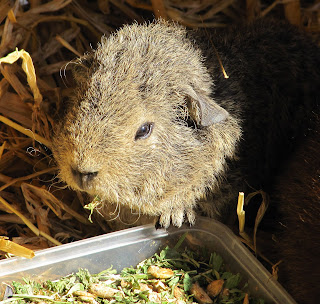 And I'll finish this massive post with a sweet photo I captured of Bonnie munching on some grain. I am constantly blown away by how independent guinea pig babies are... none more so than this little lady.
Posted by EmmasBears at 8:01 PM