An update on Sprout 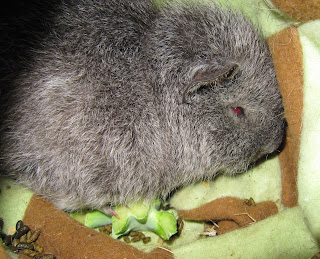 If I'm completely honest with you, I expected to find Sprout dead this morning. He did not look good last night at all. His weight had dropped to 460g (a further 40g in two days on top of his 60g loss the previous week), and he was just still and introverted. 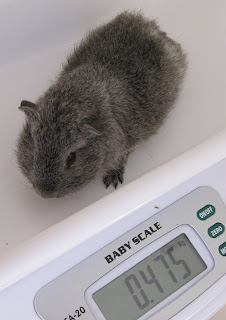 This morning he looked much the same at first. I left him be for a little while, then I decided he was due for his antibiotics. So I got him out and weighed him. He had actually gained 15g. And his lumps have disappeared. He even walked around the scales, fought me a little harder than usual when I tried to get him to eat the antibiotic paste, then squeaked like crazy when he heard the bag for the salad greens rustle. Then he had a bit of a go at eating some food. 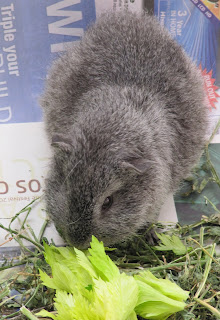 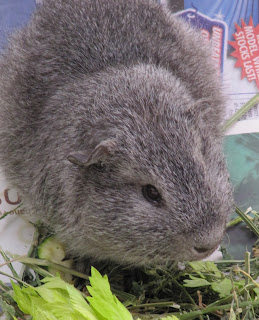 I checked on him just before, and his tiny hard mouse-like poo has been replaced by large, dark mushy poo, so I don't know it that's a good thing or a bad thing. Or even 'a thing' at all (or something you really wanted to read! :P). And I'm trying not to get too excited. Guinea pigs are notorious for looking like they're getting better, then taking a turn for the worse! So just in case, I took a few extra photos today... not much consolation, but better than not having any at all. 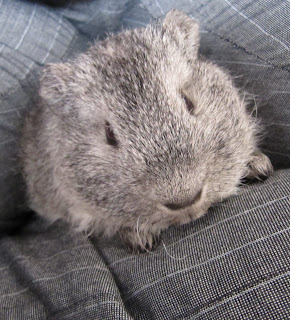 Posted by EmmasBears at 4:25 AM