A piggy weigh in on my birthday 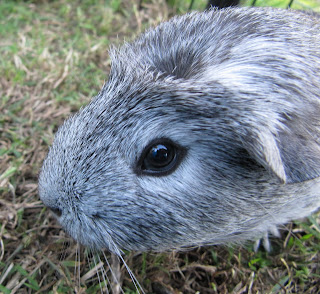 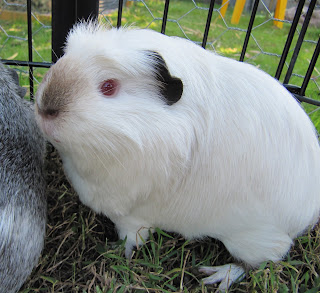 
So, as you can probably see, poor little Sprout has dropped further to a low of 400g. He's been sitting at this weight for a few days now without dropping any further so I'm hoping to see an increase soon. He is eating spontaneously, though not as much as usual. And he doesn't seem as listless. He has a decent set of lungs on him too, and scream/squeals when I take Kobe out to weigh her as well. These two are quite bonded I think. I'm a little worried at her second weight loss this week though. That's 30g lost over the last fortnight (which doesn't seem like much in comparison to Sprout's loss of 150g, but is still a bit concerning). She seems physically fine, so I'm hoping it's just a stress thing because her buddy isn't well and that she'll pick up when he does. 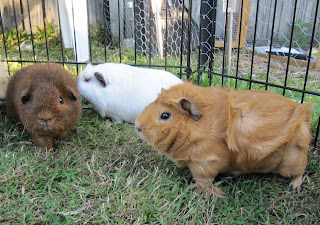 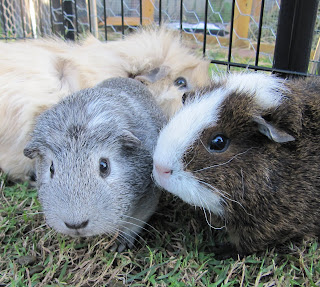 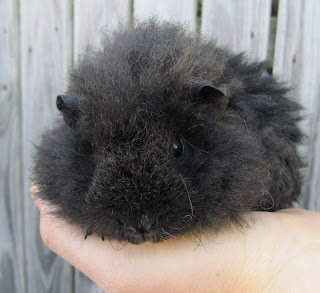 The rest of the pigs seem really good. They all spent the day on the grass again today, enjoying the winter sunshine. The babies (Yeti and Bonnie) gorge themselves on the grass! Come the afternoon when it's time to put everyone back in the mansion, their little bellies feel like they are bursting at the seams! Yeti's fur is getting longer and crazier. I have honestly never seen anything like her before. Liam's fur (my pedigree Texel) grows in long, soft ringlets/spiral curls. Yeti's fur is like black wool, growing in clumps/clusters. It's quite funky. 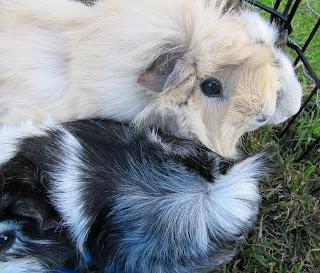 (I had to pop this photo in here too... I love it when the pigs all squish up. And yet again, Galaxy manages to get in the shot!)

I've been keeping an eye on Custard too. Her hair got quite sparse last week, but is growing back now. With her colouring, the new hairs start out a darker shade of cream, then get lighter as the hair gets longer/older. So the new patches of hair are quite visible. I've done a bit of reading about it, and I think she probably has an ovarian cyst. That would explain the hair loss, her continually doing the 'horny dance' to the other girls, and her pudgy belly. At this stage she seems comfortable and happy though, and the others tolerate her eccentricities, so I don't think it is worth stressing out an old girl like her to get it removed. We'll just keep an eye on her too.
Posted by EmmasBears at 2:12 AM