The big cage was looking a little sparse with just Custard, Alice, Subi and Ginger running around in there, so we called some pet shops this morning to see if they had any girl piggies. Out of the half dozen or so we called, only one shop had any guinea pigs. The rest had waiting lists!

So we bundled up the kids and went for a drive. The pigs the pet store had were quite lovely. There were two tri-colour rex-looking ones in one cage that I would have snapped up in a second - but alas they were already sold. We decided on a stunning white Himalayan-looking girl with longer than average hair, and called her 'Alba'. 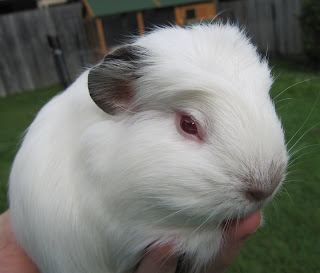 We also adopted her sister, another white Himalayan, this time with mostly straight fur but a massive big spike/rosette on one side of her body, giving her a kind of 'licked' appearance! We called her Beenie. 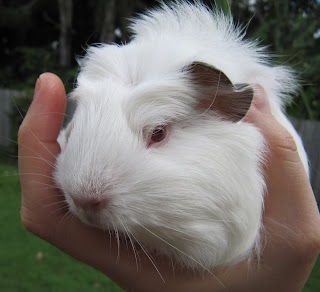 And then we had to decide between an incredibly unusual lilac/silver argente smooth coat, or a golden and white agouti smooth coat. I picked up the lilac one and was about to pop her in the box when I noticed her ear was really badly infested and crusted. On closer examination I could see the infection travelled right down into her ear canal. I deliberated with Mark and the pet shop assistant for a little while, but felt it wasn't fair to the other girls to introduce any form of illness if we could avoid it. I really hope that pet shop does the right thing by her and treats her ear. I've been thinking about her and feeling guilty all day. She really was a stunning girl...

But because we had to leave her behind, we decided to adopt the golden agouti girl in her place. We've called her Kobe. She is probably the most timid of all of our guinea pigs to date. She's going to need a lot of love and handling to bring her around. 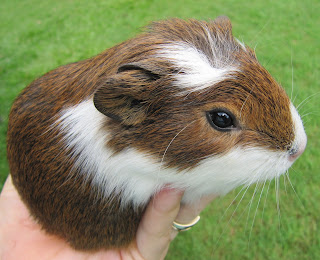 We got home (popped the kids to bed for their nap) and re-checked the newly adopted girls. They got photos taken and nails trimmed, then they got to meet the existing ladies. There was a flurry of excitement, lots of bum-sniffing and a couple of nips from Subi (she's the boss, and she wants the newbies to know it!), but they're all snuggling together like long lost friends now. I feel so happy when I go and sit with them for a while. 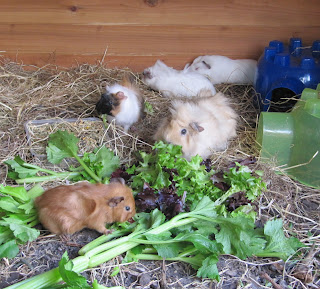 It's even nicer when I get to do it on my own... We kept Chelsea outside of the cage for the introduction of the new girls so as to minimise stress. Here she is trying to climb the perimeter fence! 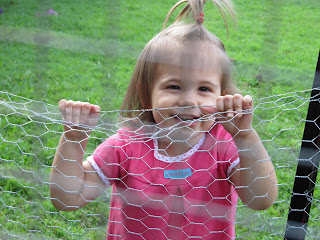