What's going on around here!?

Broken scales! lol. This week I really wanted to get on top of the weigh in (after last week was cancelled due to not wanting to risk spreading piggy pneumonia), but alas - the scales will not work. I have given them a pretty hard run over the last 12 months though, so it's not really surprising.

But until the new set arrive, the piggies will remain un-weighed. 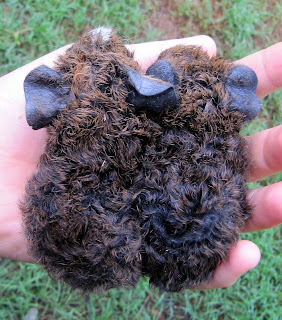 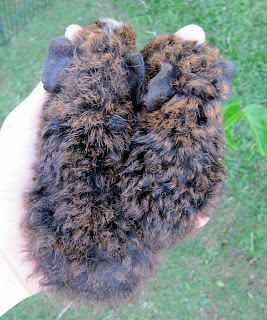 Which is also particularly frustrating with Yeti's boys. The last time I weighed them they had gained since they lost their mum (due to being taken in my foster-mum Crumble, and through numerous hand-feeding sessions), but Dante still seems too tiny. The boys are almost 2 weeks old now, and Dante looks like a newborn. Dash is HEAPS bigger than him now too (see pic above, taken this afternoon compared to the pic of them as newborns). But in all other aspects he's doing great. I grabbed some update pics of him drinking his milk today - it was the only way to get him to sit still! He's such a gorgeous little thing. 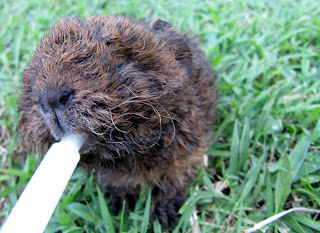 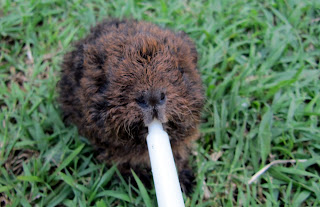 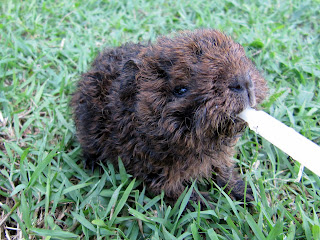 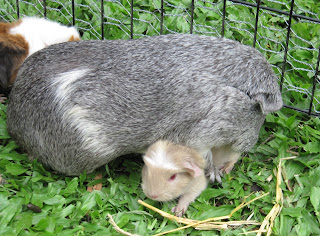 We also have a new arrival to mention - Sparrow delivered two gorgeous big lilac and cream babies two days ago (2nd feb), some time in the early hours of the morning. The bigger baby (130g) didn't make it. I don't know if she got stuck, or if Sparrow just didn't realise she needed to take the sack off her, or if she was busy cleaning the little boy and ignored the girl...? Who knows. It just seems to be something we're getting a lot of at the moment - perfect, gorgeous little babies not surviving birth. 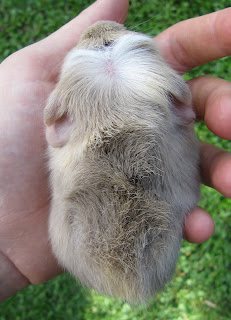 The little man who did survive is just stunning though. A funky mix of cream and lilac, with a big white crest. Malakai is the daddy (I put Sparrow in with him as a last ditch effort to allow her to have a litter before her window of opportunity closed due to age - and he obviously did what Liam wasn't able to!). 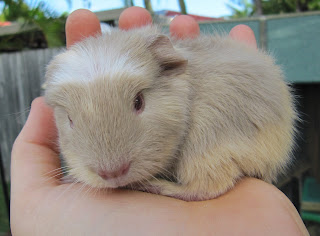 I've called him 'Pluto', and he just seems to have the most gentle little spirit. I have a hunch that he may end up with a coat more like his dad's (long) than his mum's classic short coat. I do know that Sparrow's brother produced a baby that now has a coat like a sheltie, so there is definitely some longer-haired genetics in their past. It would not surprise me to see this little guy with a very unusual coat if it does get long, as he has a strange rosette placement that makes him appear to have a ridge back. It almost looks like I've fluffed him up - but this is just how his hair sits (this pics were taken today and he's 2 days old). 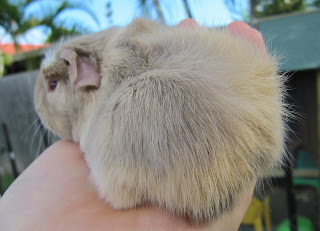 He seems to be enjoying hanging out with Alice's 3 bubs in the big cage, and will quite possibly be joined with some new babies from Elodie shortly, who appears to be going to deliver a little earlier than I estimated. 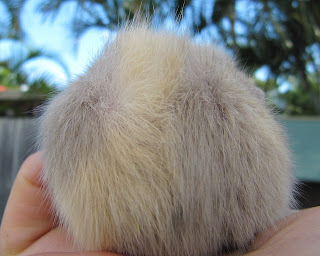 Posted by EmmasBears at 4:31 AM