So we managed another weigh in this week. Along with baths for everyone! (easier said than done!). Its incredible how some pigs will just sit there and accept the water - while others do everything in their power to GET OUT - including trying to claw up my forearm!


I am relived to see Tex and Savannah put on weight this week. Lets hope that continues. And a special mention needs to go out to little Pluto, who at only 2 weeks old already weighs that of the average 4-5week old. We do seem to breed them big around here though...

We have a confirmed pregnancy for Galaxy, who has been keeping Malakai company for the last few months. I've estimated her due mid March. These bubs should be incredible. 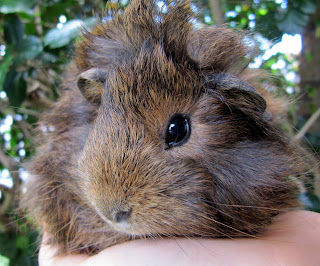 [Hannah - one of our new girls]

We also got two new girls during the week - Saskia, the white/roan sheba, and Hannah (an alpaca x, with a pseudo Peruvian coat). 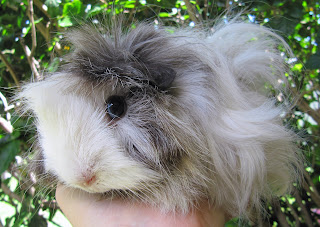 [Saskia, our other new girl] 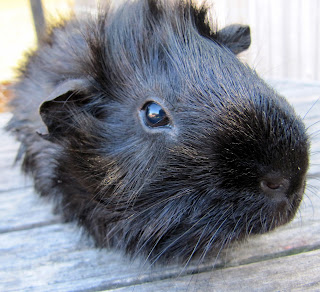 I think I'm beginning to see a pattern in Peppa's weight gain/loss too. And it seems to be only when she's not pregnant/nursing, which makes me think it's related to her reproductive system. She will drop a lot of weight quite suddenly (think 100-200g in a week), seem totally fine otherwise, then just as suddenly put it all back on again the following week.

At first I thought it was my scales playing up. But I was only getting these odd results from the one pig - and weighing them All on the same scales. Then she fell pregnant, and her weight only slowly increased, as you'd expect. It stayed fairly stable while she was nursing, then went back to the drop/gain pattern this fortnight. I can't be sure what it is exactly, but it's worth keeping an eye on her, and worth mentioning to her new family who are planning to meet her next week!
Posted by EmmasBears at 3:44 AM