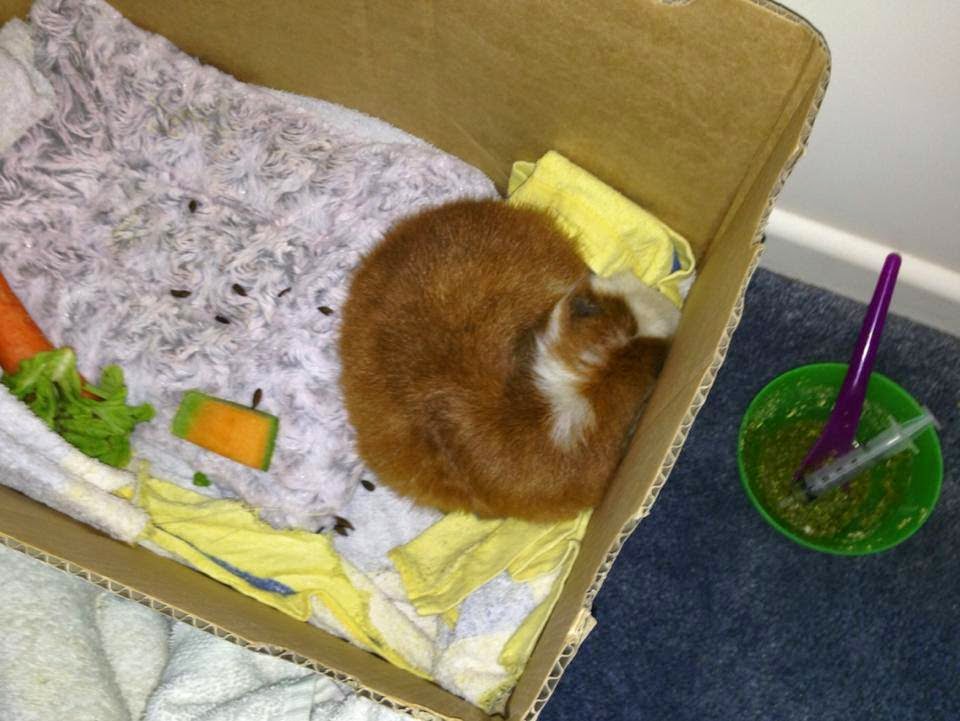 She didn't cope well with the heat on Sunday and ended up with heat stroke. Stupidly I didn't realise till later in the day because she's not the most active pig at the best of times, and I thought she was just resting. When we figured out what was happening she was already at the floppy/unable to stand stage.

A hell of a lot of TLC (tepid baths and rehydration) got her through the night, and Monday she slowly improved with regular feeds of soggy whizzed up pellet mix and some dissolved honey for energy - a similar idea to critter care.

She still had very little energy and just curled into a ball to sleep whenever I wasn't feeding her - barely moving. We thought she was going to die and my 5yr old actually said her goodbyes.

I felt so stupid for not recognising the signs of heat stroke in guinea pigs (watch for drooling, not eating anymore, laying still/unable to stand, floppy tone when picked up). There are some WONDERFUL websites online to help with what to do if you find yourself in this situation too. I honestly thought I was on top of this summer heat business - but I got too confident. 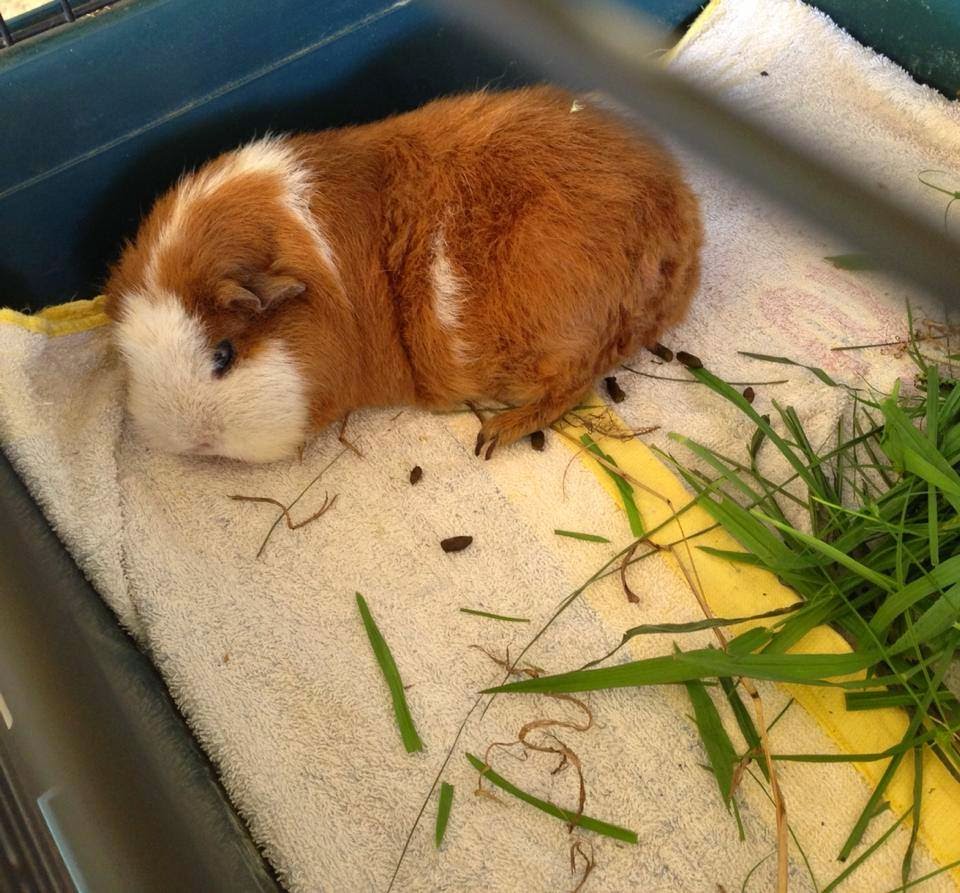 It took a good 48 hours before she was moving around much at all. I got desperate and thought I'd try and add a baby pig (Lucy) to see if it would perk Kobe up a bit. Instead she actually got quite agressive and chased Lucy around. I've never seen Kobe do this before - and started to worry she'd had some brain damage from the heat stroke. But after a few minutes I think she got too tired to chase Lucy any more and settled down to nibble some grass on her own - HUGE progress! 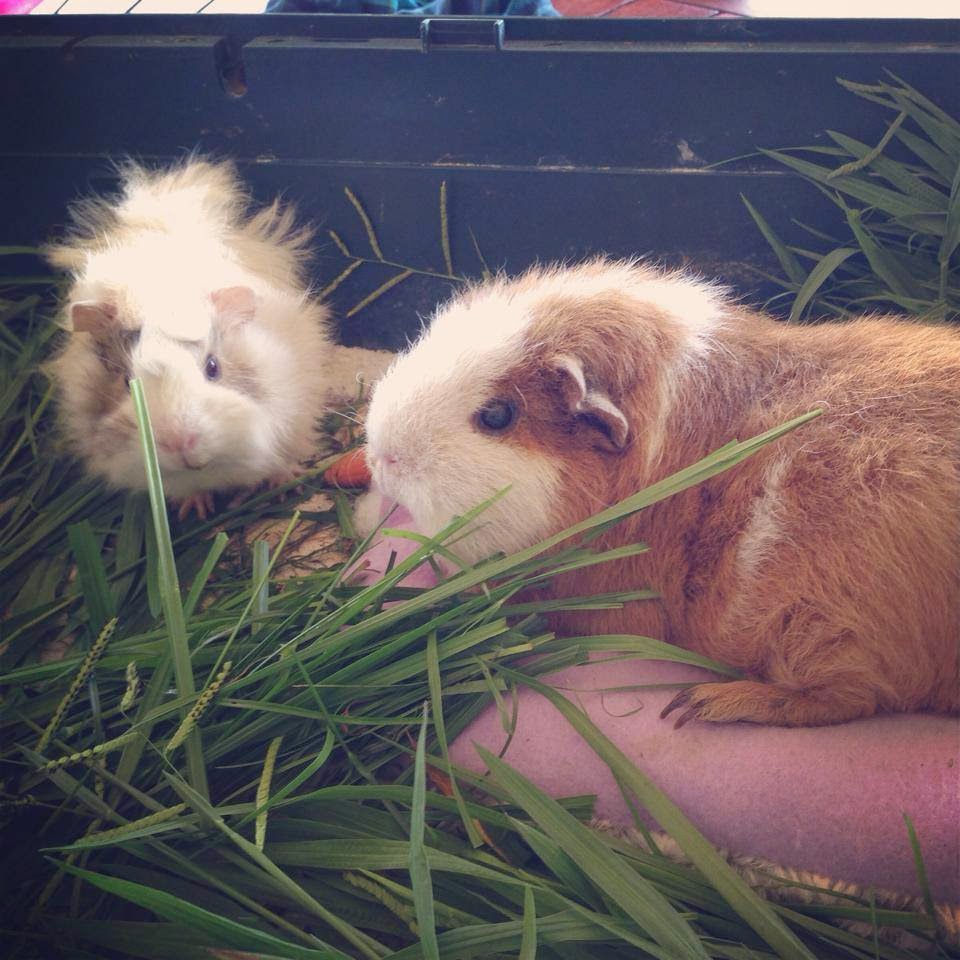 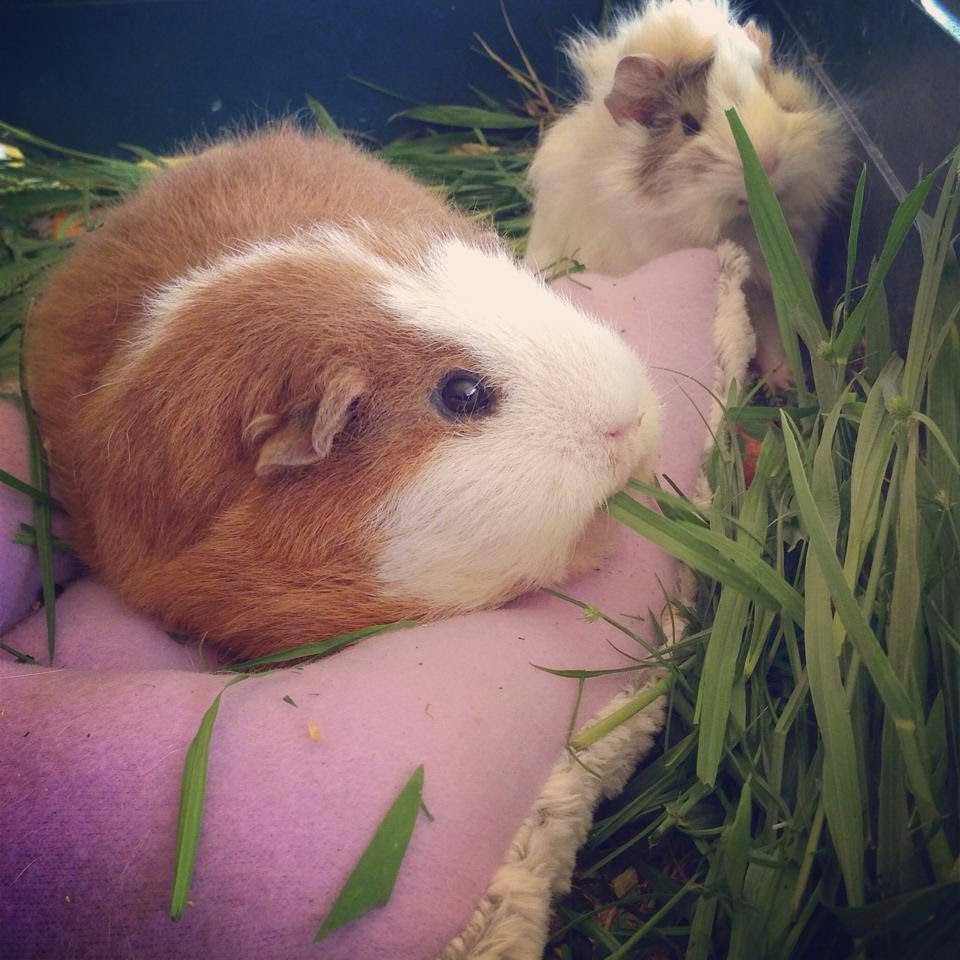 Thankfully Kobe continued to improve, and today she's doing much better. She re-claimed her padded bed (she LOVES soft things!!!), and started to get a bit more of her appetite back. 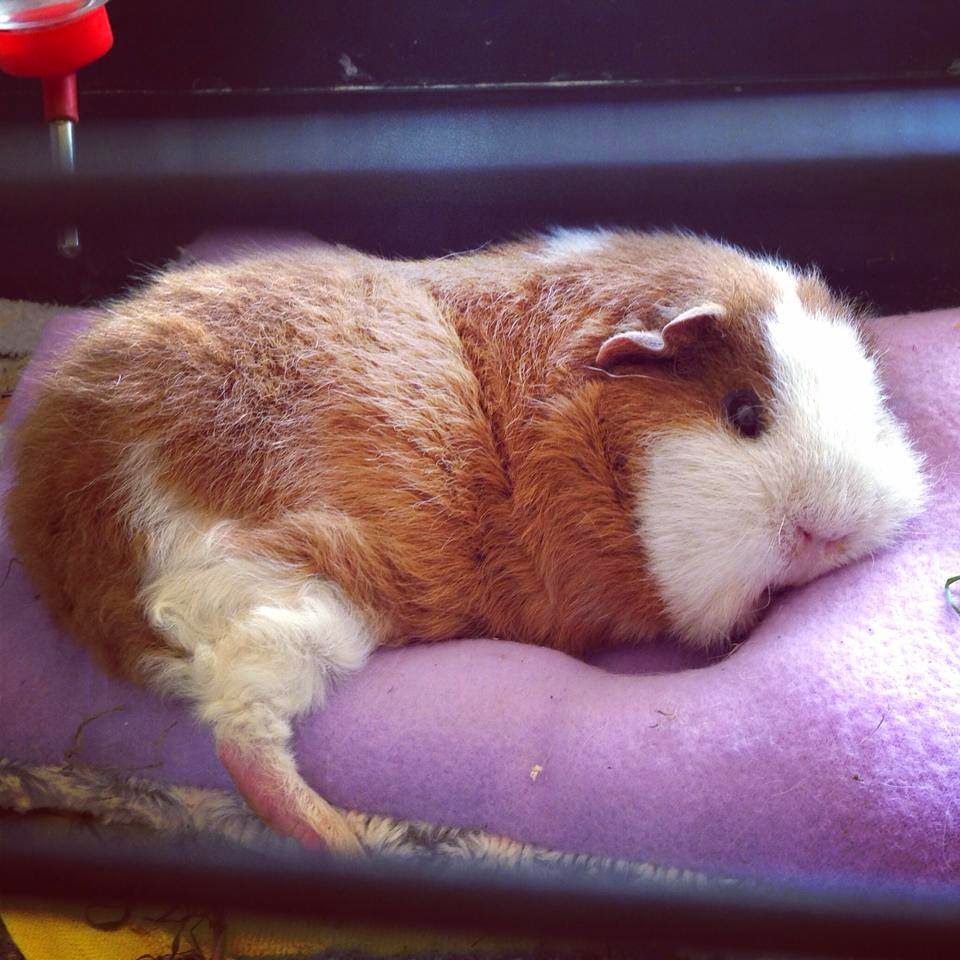 Posted by EmmasBears at 2:40 AM