We have babies! Meet Cupcake's Quads! 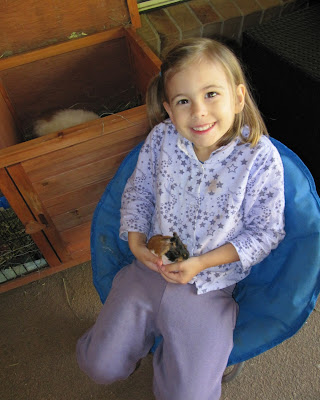 Our gorgeous new pet sow 'Cupcake' delivered her babies early in the morning on Anzac day here in Australia (25th April). Or rather, I should say 'Chelsea's' pig Cupcake 'squeezed her babies out' - as Chelsea so delicately put it! She was rather chuffed to find the bubs. 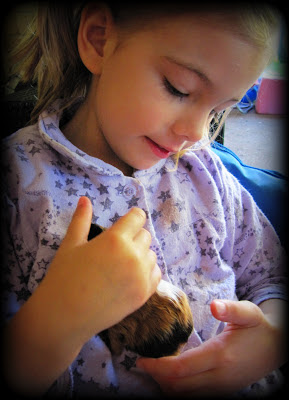 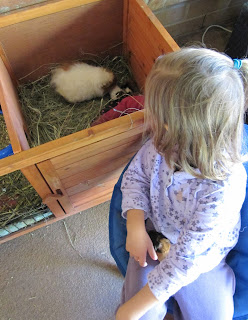 Cupcake delivered 4 babies, 2 girls, 2 boys. There is a mix of aby coated, rex coated, smooth coated and curls and rosettes, so I instantly assumed the daddy of the babies must have been the aby boar who maybe had rex parents? But I contacted Cupcake's original owner, and the aby boar who was one of the contenders as 'dad' was actually purebred. So shouldn't have carried any curl gene. There was a third contender though - a coronet/peruvian looking pet boar who may have snuck in and done the deed... so now we just watch and wait and see how these bubs grow. 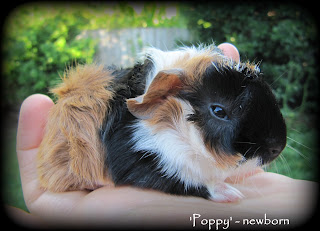 This is the little 'Abyssinian' coated sow - we called her 'Poppy'. If she ends up with a longer coat, she'll likely look a bit more 'Sheba'. All bubs ended up with the lovely tri-colour markings. 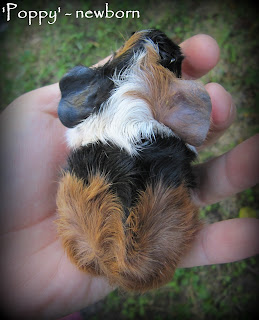 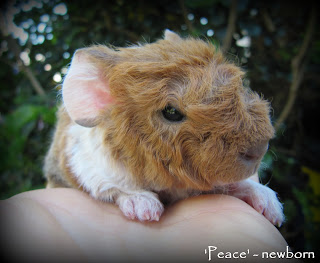 This is the rex-coated boar we called 'Peace'. If he does by chance end up with a longer coat, he'll look texel. 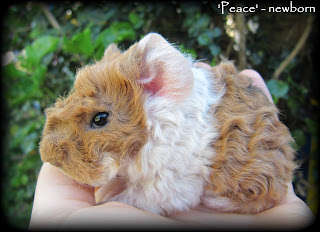 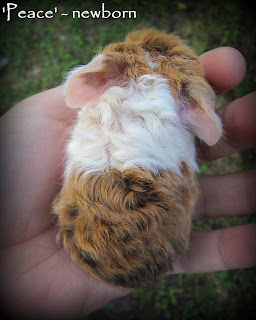 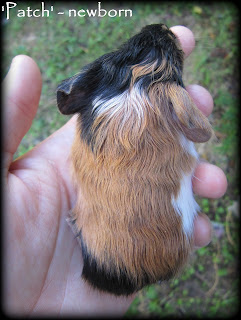 This is the smooth coat boar we called 'Patch'. He has really pretty markings with a kind of brindle-like effect on his face. If his coat gets longer he'll look Sheltie. 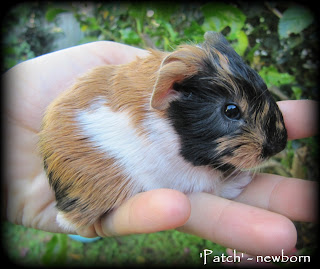 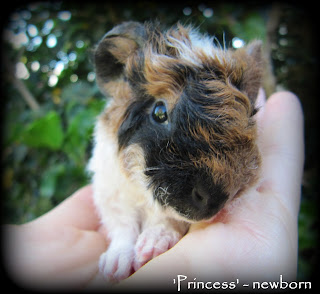 And this is the girl who has the curls and some rosettes as well. She was born with a slight head-tilt as you can see in the image above when she was only a few hours old. She had grown out of that by 2 days old. She will look really funky if her coat ends up long, somewhat like our curly-coated sheba's, or maybe a little Alpaca-ish. I honestly don't expect the coats to do too much though as we don't know for sure what genes mum and dad carry. Or even which daddy was the real daddy (no such thing as paternity tests in the piggy world).

For now I just monitor Chelsea's over-enthusiastic need to cuddle them all at the same time, and we watch them grow! 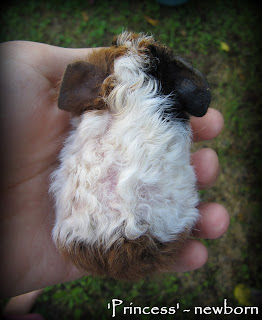 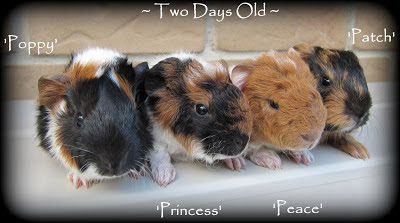 Cupcake's quads at 2 days old. You can see Princess is looking a looking a lot straighter at this stage. 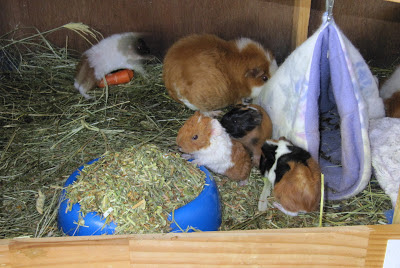 And this is the one-week update pic. Peace is stuffing his face, Princess is mid pop-corn, Poppy has her back to us and Patch and nestled in next to the cuddle sack. Mumma pig is just off to the side having a snooze on her bed while Kobe supervises the bubs. (you can see how big Kobe's belly is getting - we confirmed that she too is pregnant as well recently. Not sure who the daddy of this litter will be, but according to the previous owners it's most likely to be the rex boar we thought was the daddy of Cupcakes bubs. We'll know in about a fortnight).

Posted by EmmasBears at 9:00 PM