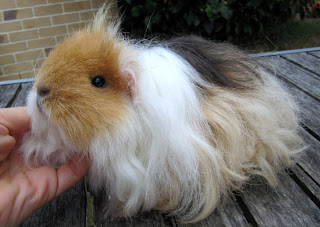 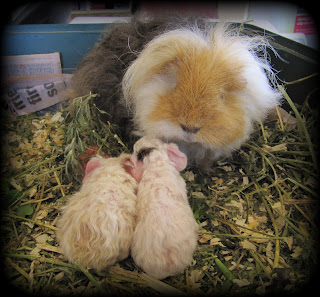 Our gorgeous Savannah kept us waiting to meet her babies for 75days of pregnancy!
I've never knowingly had a sow take this long to deliver before - and we only knew this because we witnessed the mating/s between Sebastian and Savannah on the day she was on heat - 30th August.

She should have been due on the 8th Nov (70 days), but didn't deliver until the 13th. We had been watching her very closely as she seemed a little 'quiet' in the last week or so. Still eating, and drinking - just not herself. We stopped being able to feel movement on her left side on the 10th. I think this was when one of the babies passed away. They were just kept inside too long and I think that the placenta's had started to degrade meaning that the baby's lifeline to mum was being compromised.

When Savannah did finally deliver, one of the babies (a gorgeous little boy exactly like mum) was stillborn. 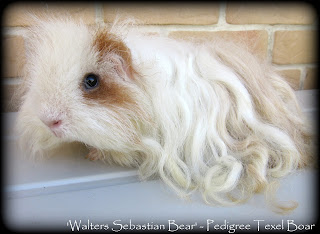 The two surviving bubs were very much like their daddy with lots and lots of white. Neither of them seemed quite right either though, and I think that maybe their placenta's had also been starting to fail them. They kind of looked like their skin was too big for their bodies, so I am wondering if they had been loosing weight due to lack of nutrients.

This is 'Sirocco Capri' - the little man. 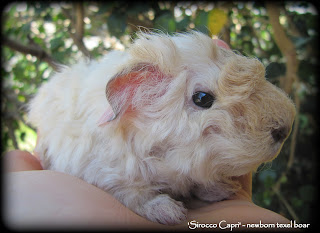 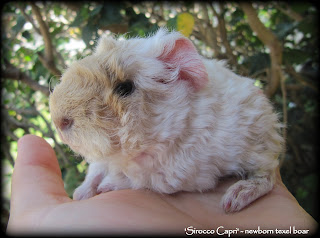 And this is 'Sirocco Chanel' - the little lady. 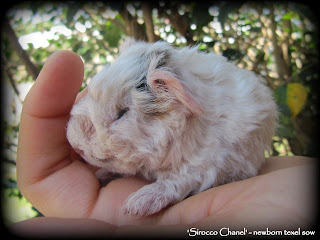 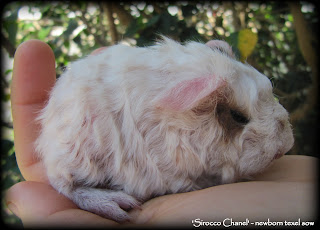 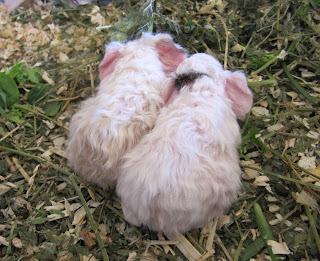 Both babies seemed really lethargic for the first 24hrs. Almost like they were in slow motion with everything they did. They were not persistant in attempting to suckle from mum, and she was not overly fussed with making them suckle. For a while there mum sat at one end of the enclosure and the bubs sat at the other. 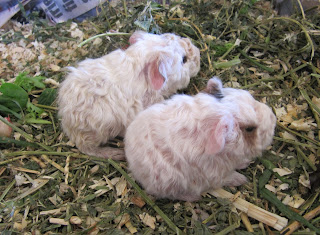 We decided to step in and start supplemental feeds. Neither of the bubs were very interested at first, so it was just tiny bit by tiny bit. But after 24hrs of this, they were moving around and showing an interest in solid food. I've actually witnessed them suckling from mum now too. It's like they just needed that boost to get them going again. The photo below shows them on friday at 3 days old having a lick/nibble at some tomato. 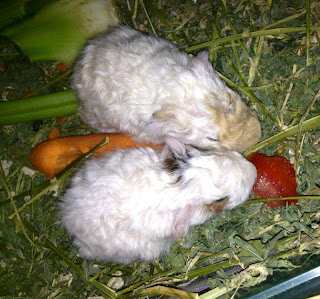 The bubs are 5 days old today (sunday) and are slowly heading back to their birth weights. It's still touch and go with these two because they are very tiny and have had a less then ideal introduction to the world... but we're feeling optimistic!
Posted by EmmasBears at 2:40 AM