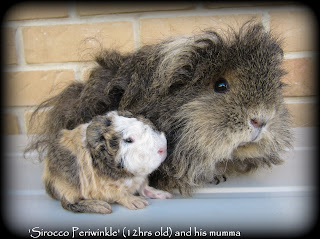 Both Indigo and Violet were due close together, and both carrying a litter from Sylvester (his first litters actually!).

Indigo delivered one big (120g) baby boy on Wednesday morning, the 22nd May. We called him 'Periwinkle' - and he has some quite pretty markings. I particularly love the white face/blue eye on one side. 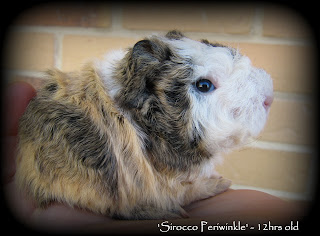 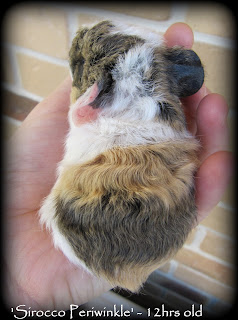 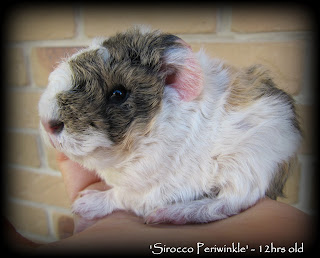 We now play the waiting game as we watch this little man grow up. This is the first pairing between these two lines, so the resulting coat quality is unknown. At this stage he's looking quite good - nice shape, good density - biggest issue is the ear-hem on one side.

This seems to come through a lot of the Brisbane texel lines sadly. It's not a huge problem, and is purely cosmetic - and in my opinion it's more about the quality of the coat. But it is a 'fault', so we hope to eventually (probable years down the track at this stage!) get the the point where this has been bred out. Being a recessive trait though, it could be lurking in a line that shows no sign of it physically for many generations, then suddenly pop up again. So it will be a bit of a battle i think! 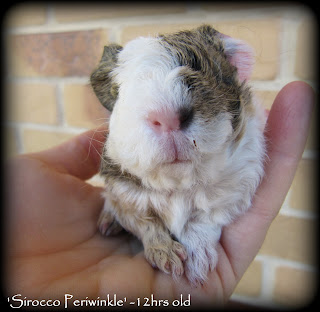 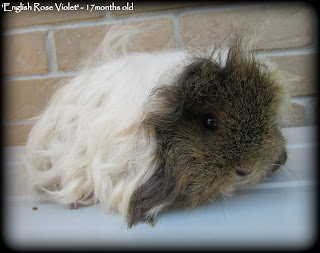 Then early this morning, Friday the 24th May, Violet delivered another BIG bub (130g) - another single boar litter! This little man we've called 'Maximus', or 'Max' for short. 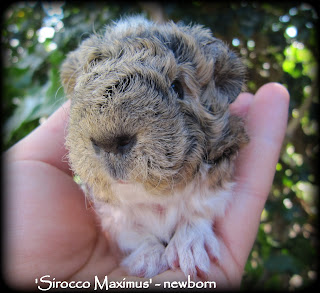 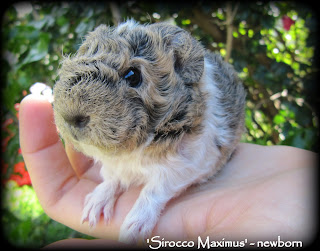 Max is the same colouring as his brother Periwinkle (Lemon agouti, white and cream), but different placements of the markings. 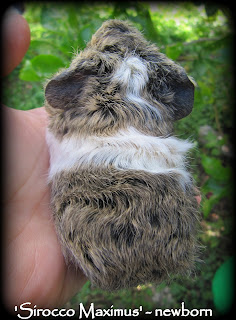 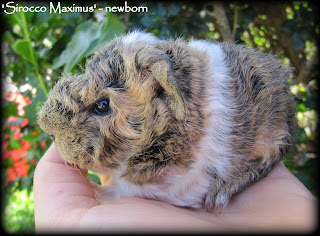 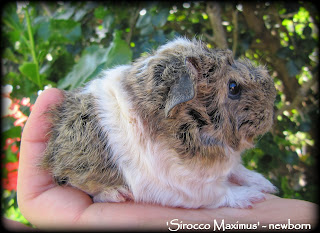 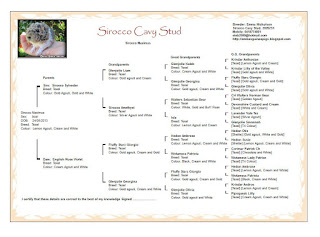 We've had a few questions about what makes a guinea pig 'pedigree' recently too, so I thought I'd share a copy of Max's pedigree (click on the image to enlarge). It's basically just a record of the guinea pigs genetic ancestry - who their parents were, grand parents, great grandparents etc. It's particularly important when needing to prove the 'purebreeding' behind an animal for future breeding/showing. It shows which genetic lines the parents have come from - colours, when there have been show champions, where different breeds have been interbred (for example with sheltie/texel) and can show gaps in information. 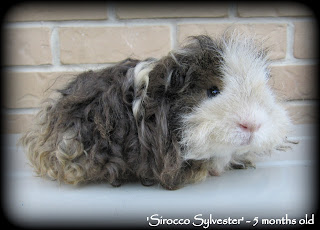 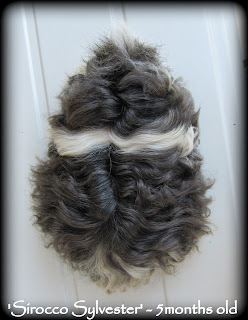