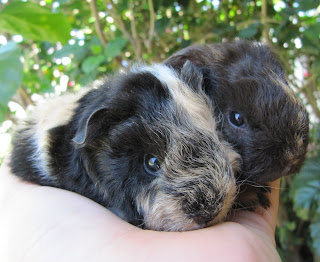 Noah and Nixie will be one week old tomorrow. This also means that Noah's new family gets drawn tomorrow. If you would like to be included in the random drawing to adopt little Noah, let me know asap (eleb2000@hotmail.com). 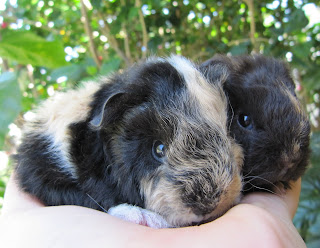 It never ceases to amaze me how much baby piggies change in the first week, especially the long hairs. You can already see on these photos how much fuller, and fatter their little faces look just from the tiny bit of hair growth that has already occurred. 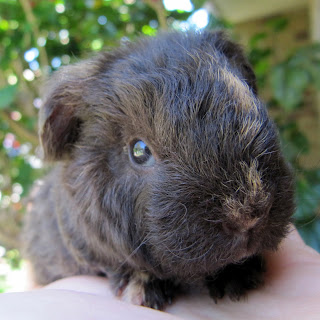 What their eventual coats will end up doing is not certain. They will be long, and they will be curly - but the adult density is not something I'm able to pick at this stage. Their mum Phoebe has really good density, good fat cheeks, and incredible curl on her rump - but lacks a little density/curl in the shoulders (dropped shoulders). It will be interesting to see if the pairing with the cream texel male has improved this slight flaw. 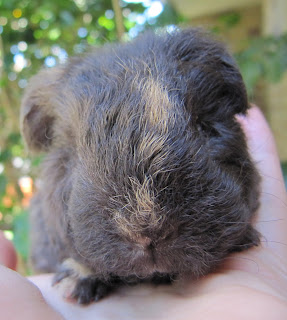 Nevertheless, these two are going to be so gorgeous as adults, and beyond cuteness as they grow up too! 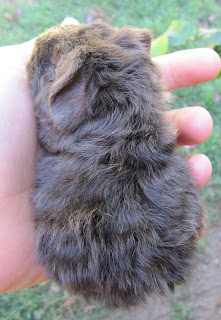 Posted by EmmasBears at 3:32 PM