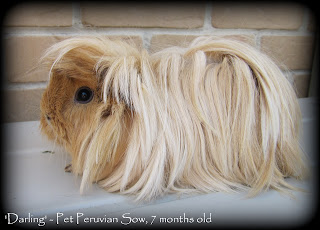 Our gorgeous girl Darling was discovered to be pregnant again a few weeks ago. She came to us from another breeder with her two tiny new baby boys. She had given birth in a cage with a male as her previous owner didn't realise she was pregnant. She must have mated shortly after birth, arriving here nursing her current bubs and growing new ones... this is referred to as 'back to back' breeding... and is generally frowned upon.

Because we knew when Darling's first bubs were born, we knew when she would have mated with the male in the cage, so knew exactly when she was due. This is why it caught me completely off guard when I discovered a rather deflated looking Darling yesterday (2/11/12) morning. I immediately located two alive, but TINY babies, and three stillborn babies. Darling had been trying to carry FIVE babies in her petite tummy. I think it was just too much for her body, and the bubs were delivered premature. 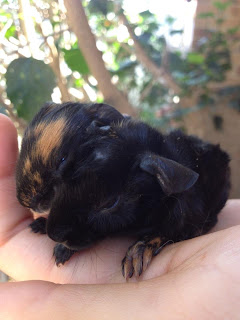 These were the suriving girls. We called them Hope and Faith. They were only 40g (normal newborn guinea pigs should be approx 80-100g). They were not very strong, and I didn't like their chances of survival. The three siblings that passed were gorgeous little boys.

The girls put in a solid fight, and lasted 24hrs... but we found them passed this morning, tucked up next to mum. The photo below is one of Darling's girls next to one of Angel's newborns (also born yesterday) to show the size difference. Angel's bub was a VERY healthy 115g. She looks like a monster in comparison to her half-sister. 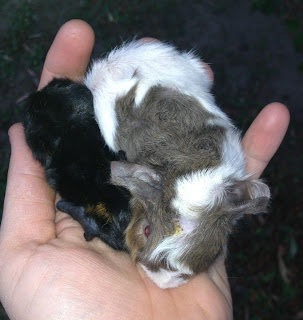 Both Darling and Angel's litters were fathered by a boar called 'Inferno' who belonged to the girls last owner. (Inferno is also the father of our curly-sheba looking boy 'Gizmo' - see the 'boys' page for pics of him). 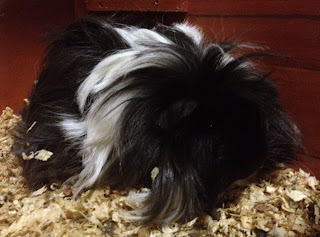 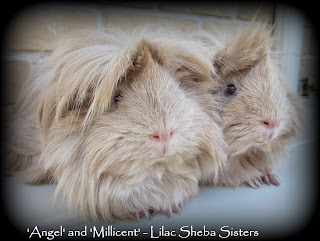 So in the midst of the drama with Darling's litter, Angel decided she was ready to deliver as well. Her babies were a much better size, and I knew she was at full term having been dilating for at least a week previously. 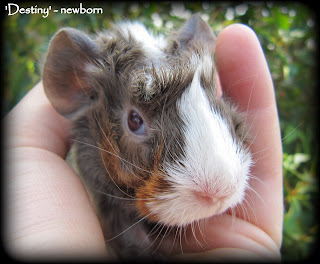 This is the 'monster' sized baby shown in the photo above. She is a lilac, white and gold rosetted girl with ruby eyes. She may end up looking peruvian, or might end up more sheba -looking. Only time will tell. We called her 'Destiny'. 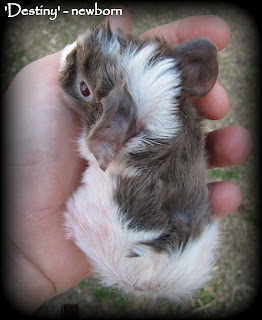 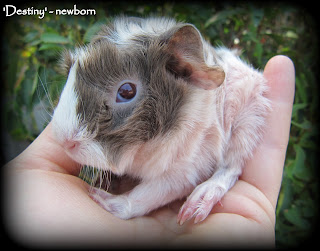 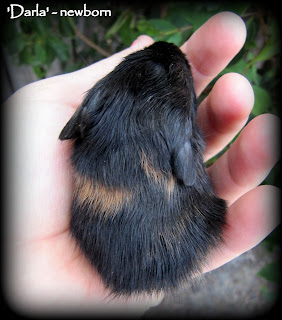 And this was the runt - this little girl is black/gold sheltie coated, and weighed in at a reasonable 70g. She is strong and active and already nibbling at solid foods, so I think both babies are going to do well. 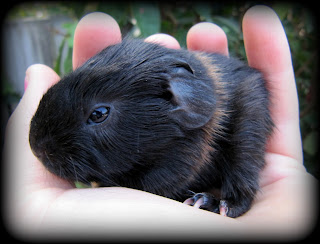 Posted by EmmasBears at 3:21 AM