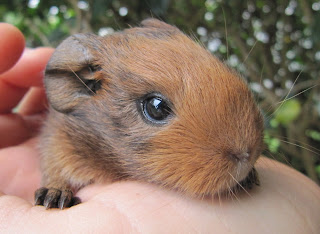 I woke this morning to firstly find that Simba had been trampled on by his mummy Crumble (she has just been really silly lately, and I think he was just too tiny to get out of her way). So that was a more than crappy start to the day. Yeti was still alive though, so there was some hope. I called the vet and we got her in for an emergency visit. 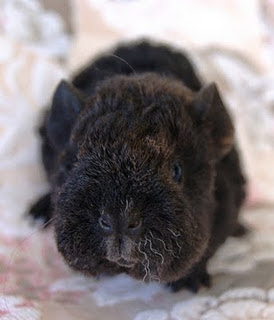 (Yeti as a little bub)

Sadly it was just too late, and she didn't survive long enough to even have an X-ray. The vet thinks it was a pneumonia, which could have been bought on by our disgustingly soggy weather for the last 2-3 weeks, the stress of birth (she may have been a carrier of the bug, and the stress/lowered immunity from the pregnancy/birth may have been enough to allow it to take hold), and/or the change of bedding for a few days this week when I ran out of dry fleece (used supposedly dust-free wood shavings).

Her boys are now fighting for their life as well. The vet didn't think their prognosis was good as they are so young, and have been exposed to Yeti. But I weighed them both this afternoon, and little Dante is now 65g (up 10g in 24hrs!) and Dash is a decent 110g (up 20g since birth on monday). So I'm trying to remain optimistic. I have antibiotics for them both, critical care and milk... and they're eating fantastically... all we can do from this point on is try. 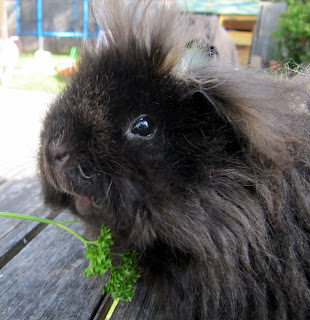