Another weigh in and an update on Sprout 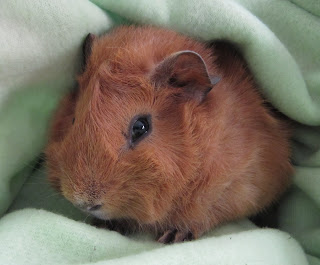 (Little Ginger all tucked up in her cuddle sack!)

Another pretty good week for my piggy pals. It seems that putting on 60-70g in a week has become pretty standard now! I can feel the weight when I pick them up now too. I plan to do an overview on the weight gain since we adopted them all. But that will be in a future post.

Subi is getting fatter and fatter as you can see by her weigh in result for today. Still, she only gained 50g, yet some of the younger girls gained more than that and they're not growing babies! :P Subi's estimated delivery date has been brought forward as well. Her pelvic bone started opening during the week and is at full width today. I'll bring her inside tonight as she could deliver any time from now. Very exciting stuff!

And my Quarantine Pigs are doing better. I'm still slathering Beeno's ear in anti-fungal cream. I stopped for a few days and it started to come back. So I might just keep it up for another week to make sure. Sprout's hair is growing back, but he's still got crusty spots. So I gave him a fourth mite treatment today. That boys has cost me a fortune in treatments! It's a good thing he's so damn cute!

You can see in these photos his original hair when we first got him: 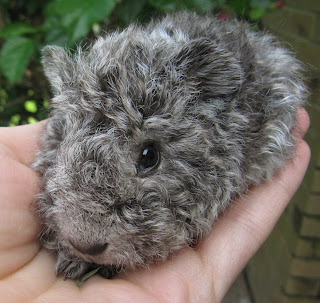 Then how his hair started to get scruffy and patchy and fall out with the mites about a month ago: 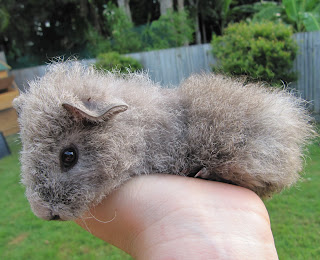 Then this is him today. It's still an uneven coat, but it's thickening up again: 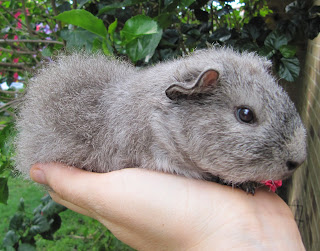 You can see where the hair has grown back in one of the crusty bald spots too: 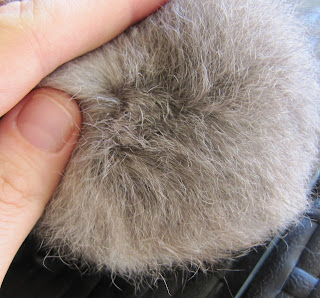 It's a bit of a shame though. He started out with such gorgeous thick curls. And now it's kind of just a fuzzy mess!!! 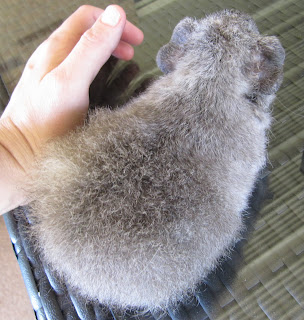 Posted by EmmasBears at 8:58 PM